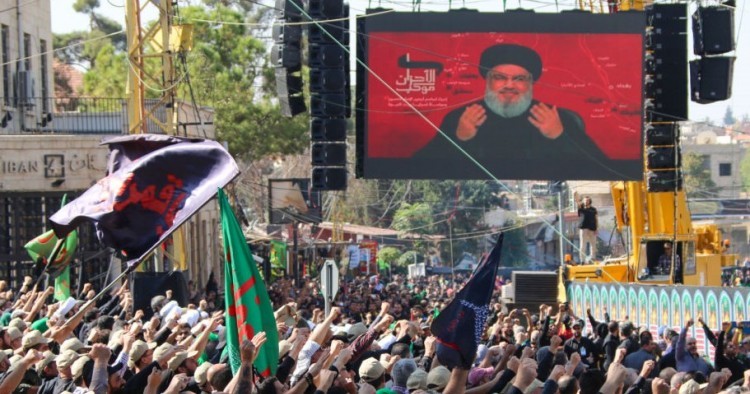 It is a truism that militant substate actors thrive under conditions of state weakness. But what’s less clear is whether such actors, at least the larger and more ambitious types, are able to survive and achieve their goals under conditions of prolonged public governance failure and economic implosion. This is a question that currently applies to Hezbollah, the armed Lebanese political party with allegiances to Iran.

Since its inception in the early 1980s, Hezbollah has been a thorn in the side of the United States, constantly undermining its interests in Lebanon and elsewhere in the region in coordination with Iran’s Islamic Revolutionary Guard Corps (IRGC). It is also suspected of perpetrating terrorist attacks against U.S. forces and personnel in the region, including the 1983 bombing of the U.S. Marine barracks at the Lebanese international airport and two attacks targeting the U.S. Embassy in Beirut in 1983 and 1984.

Washington has tried a range of policy options to weaken the group over the years. It has pressured Hezbollah diplomatically by labeling it in 1997 as a terrorist organization. It has sought to obstruct Hezbollah’s fundraising activities worldwide and particularly in the United States and Latin America. It has tried to challenge Hezbollah’s rationale for maintaining an autonomous military—which the group justifies as a means of deterring Israel—by strengthening the Lebanese army. And it has applied economic sanctions, enabled Israeli military action through the provision of arms and diplomatic support, and pursued covert operations of its own against the group.

But nothing seems to have succeeded in limiting Hezbollah’s tremendous influence over Lebanese politics, reducing its military capabilities, or containing its regional clout in places like Syria, Iraq and Yemen. For many years, Hezbollah has acted as a kingmaker with so-called veto power over how Lebanese cabinets are formed and who becomes Lebanese president, and its sway at home and abroad has continued to grow.

Lebanon is now reeling financially and teetering on the edge of collapse because of the endemic corruption of its ruling elites and their persistent failure to implement political and economic reforms. How will this hurt Hezbollah? Understanding the key elements of the group’s staying power and whether those elements have changed recently will be key for U.S. policy and the Biden administration’s approach toward Lebanon.