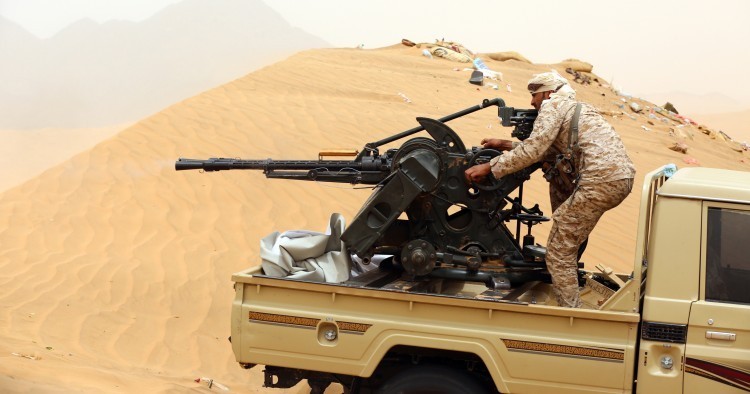 Even with all the other, much bigger problems facing the United States and the world, some American policymakers and experts are taking time to warn about the supposed danger of the growing military capabilities of the United Arab Emirates and its willingness to use them. In particular, the Emirati interventions in the Yemeni and Libyan civil wars have elicited numerous criticisms about what they are doing there and why. From our perspective, having a capable partner is a pretty good problem to have.

That’s because it reflects a big, and mostly positive, change from the past and an important lesson for the future. In coming years, if the United States is going to try to do less in the Middle East, it is going to have to count on its regional allies more. The new “problem” of Emirati military prowess should be seen as an important test case for how the United States should address the changing security dynamics in the region. This will require the United States to better prioritize its interests and recognize that allies like the UAE will often go their own way.

The two of us have been doing considerable work on the Emirati military in recent years, and we see the growth of its capabilities—and Abu Dhabi’s concomitant willingness to use them—as a real potential asset, rather than as a liability, as others have claimed. Rank was the senior U.S. defense attaché in the UAE from 2015 to 2017, as well as in Yemen, Lebanon, and Jordan, and ended a 30-plus-year military career as acting deputy assistant secretary of defense for Middle East policy. Pollack is a former CIA Persian Gulf military analyst who recently finished a major study of UAE military capabilities that involved dozens of interviews with Emirati and Western military officers highly familiar with the UAE armed forces.