Leveraging a Moment of Change: Pathways to a Sustainable U.S.-Pakistan Relationship 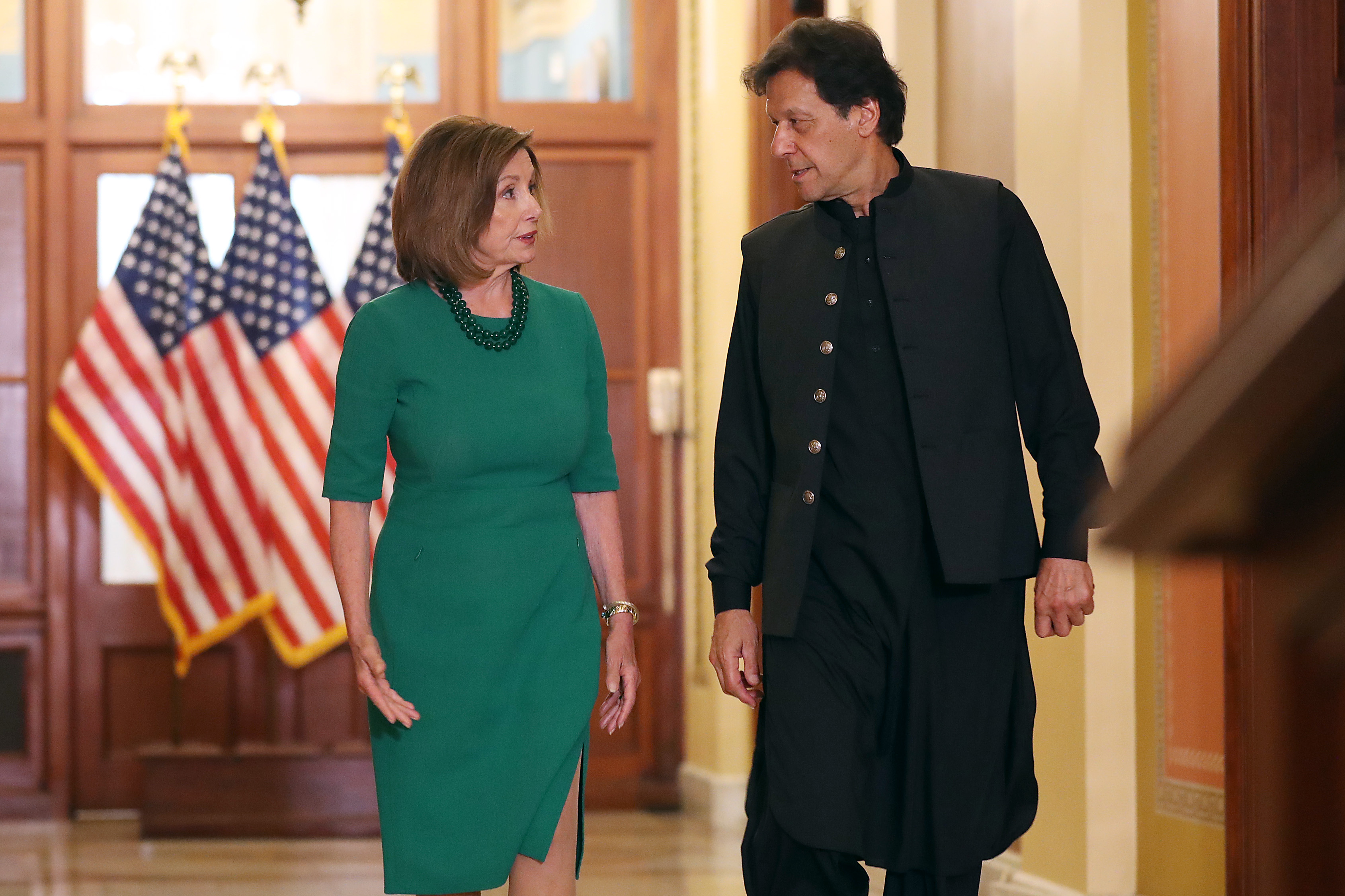 The relationship between Pakistan and the United States has never been easy or stable, and in recent years has come under increasing strain. Yet both countries have a vital stake in the maintenance of a working relationship. Several factors have complicated prospects for bilateral cooperation in the past, leading to a growing strategic divergence in how both countries view one another, and their interests vis-a-vis other regional players. Perhaps the biggest shortcoming in the Pakistan-US relationship has been that both sides have tried to address the issues between them without common frames of reference, resulting in differences of perceptions and policies.

An expert group of academics, policy analysts, and retired government officials have recently convened at the Middle East institute to study the Pakistan-US relationship. The product of their discussions is a paper that explores a range of ideas and concrete proposals designed to move the relationship in a positive and stable direction.

With support from the Mahvash and Jahangir Siddiqui Foundation, and hosted by the Middle East Institute, we are pleased to invite you to this presentation by a team of former government officials and analysts, and other experts involved in this effort. This event will take place over a light lunch on March 3rd from 12:30 pm to 2:00 pm at the Middle East Institute.

Syed Mohammed Ali
Adjunct professor, Georgetown and Johns Hopkins
Dr. Syed Mohammed Ali has extensive experience working with multilateral, bilateral, government, and non-government organizations on varied international development challenges. He is the author of several peer-reviewed articles and book chapters as well as the book Development, Poverty and Power in Pakistan: The Impact of State and Donor Interventions on Farmers, published by Routledge in 2015. His other recent publications include a special report on the devolution of power in Pakistan for the United States Institute of Peace. Dr. Ali also writes a weekly op-ed in the Express Tribune, an affiliate of the New York Times in Pakistan. He is a “Country of Origin Expert for South Asia” for asylum seekers in the U.S. and the U.K. Dr. Ali has a Ph.D. from the School of Social and Political Sciences at the University of Melbourne. He has taught graduate and undergraduate courses in Australia, Pakistan, and the United States.

Amb. (ret.) Gerald M. Feierstein
Senior Vice President, MEI
Amb. (ret.) Gerald Feierstein is senior vice president at MEI. He retired from the U.S. Foreign Service in May 2016 after a 41-year career with the personal rank of Career Minister. As a diplomat he served in nine overseas postings, including three tours of duty in Pakistan, as well as assignments in Saudi Arabia, Oman, Lebanon, Jerusalem, and Tunisia. In 2010, President Obama appointed Amb. Feierstein U.S. Ambassador to Yemen, where he served until 2013. From 2013 until his retirement, Amb. Feierstein was Principal Deputy Assistant Secretary of State for Near Eastern Affairs. In addition to his career-long focus on the Near East and South Asia, Amb. Feierstein also played a prominent role in developing and implementing State Department policies and programs to counter violent extremism.  As Deputy Coordinator and Principal Deputy Coordinator in the State Department’s Counter-Terrorism bureau, Amb. Feierstein led the development of initiatives to build regional networks to confront extremist groups as well as to counter terrorist financing and promote counter-terrorism messaging.  He continued to focus on defeating terrorist groups through his subsequent tours as Deputy Chief of Mission in Pakistan and as Ambassador to Yemen.

Amb. Ali Jehangir Siddiqui
Pakistani Ambassador at Large for Foreign Investment
Amb. Ali Jehangir Siddiqui is currently Pakistan's Ambassador at Large for Foreign Investment. Previously, he served as Ambassador of Pakistan to the United States, and Special Assistant to the Prime Minister with the status of Minister of State. Founded JS PE Management (Pakistan's largest private equity firm) in 2004 and JS Bank (Pakistan's fastest growing bank) in 2006, as well as several other successful companies in Pakistan and the Middle East. In 2014, the World Economic Forum named him a Young Global Leader.

Marvin G. Weinbaum
Director of Afghanistan and Pakistan studies, MEI
Marvin G. Weinbaum is professor emeritus of political science at the University of Illinois at Urbana-Champaign, and served as analyst for Pakistan and Afghanistan in the U.S. Department of State’s Bureau of Intelligence and Research from 1999 to 2003. He is currently director for Afghanistan and Pakistan Studies at The Middle East Institute. At Illinois, Dr. Weinbaum served for fifteen years as the director of the Program in South Asian and Middle Eastern Studies. His research, teaching, and consultancies have focused on the issues of national security, state building, democratization, and political economy in Afghanistan and Pakistan. He is the author or editor of six books and has written more than 100 journal articles and book chapters.

Members of the Study Group: