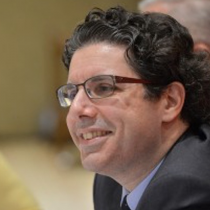 Sami Atallah, who is trained in economics and political science, was the director of the Lebanese Center for Policy Studies (LCPS), a Beirut based think tank, from January 2011 till December 2020. During this period, he led several policy studies on political institutions and electoral behavior, political and social sectarianism, economic diversification and export promotion, public finance and the political of procuring public contracts, aid and reforms, governance of the petroleum sector, local development and municipal finance, refugees and youth. He has several policy and academic publications. He is the editor of Towards Achieving a Transparent and Accountable National Budget in Lebanon (Beirut: LCPS 2013), co-editor of Democracy, Decentralization, and Service Delivery in the Arab World (with Mona Harb, Beirut, LCPS 2015), co-editor of the book on Hollowing out the Lebanese Parliament 2009-2017 (with Nayla Geagea, Beirut, LCPS 2018), and co-editor of The Future of Oil in Lebanon: Energy, Politics, and Economic Growth (with Bassam Fattouh, I.B. Tauris, 2020). He has also co-authored several papers on Co-ethnicity and Clientelism with Melani Cammett and Dominika Kruszewska (forthcoming); How Cross-Cutting Discussions Shapes Support for Ethnic Politics with Laura Paler and Leslie Marshall in the Quarterly Journal of Political Science, 2020; Social Cost of Public Political Participation with Laura Paler and Leslie Marshall in the Journal of Politics 2018. In addition to his research, Atallah served on the Committee established by the Lebanese Prime Minister to draft a decentralization law and he participated in the parliamentary committee which reviewed the draft law. Sami holds two master’s degrees in International and Development Economics and Quantitative Methods from Yale and Columbia Universities, respectively. He holds a Ph.D. in Politics from New York University.