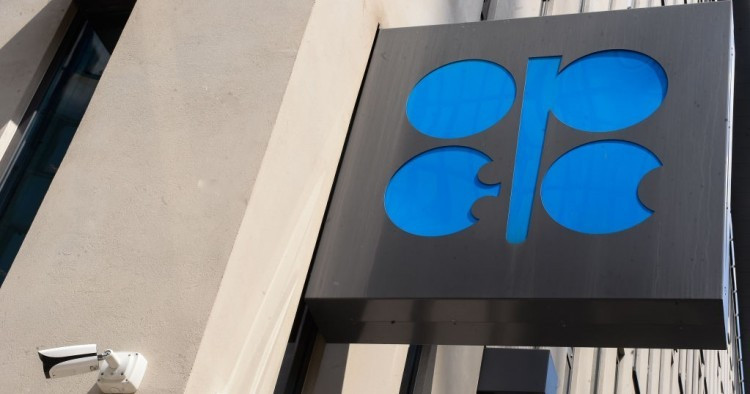 On March 4, OPEC+ members agreed to maintain their current production cut levels into April, and the Saudi- and Russia-led cartel’s decision further strengthened the upward trajectory of oil prices. While there were differing opinions among the OPEC+ members regarding the state of the global economy, the group’s unanimous decision reflects Riyadh’s current take on the markets, which is that the health of the world’s economy remains fragile as the recovery from the pandemic continues. Oil prices continued to rise following the meeting, with reports of a Houthi drone attack on Saudi Aramco facilities on March 7 pushing the price of Brent above the $70 level for the first time since May 2019.

Last week’s meeting marked the first anniversary of 2020’s disastrous March gathering, which led to a month-long feud between Saudi Arabia and Russia, exacerbating the unprecedented decline in commodity prices triggered by the pandemic. Brent prices averaged $20 per barrel at the end of March 2020, while the West Texas Intermediate price fell to negative values for the first time in the history of the oil markets.

Unlike last year, however, Riyadh and Moscow found common ground this time and vowed to continue their partnership within the agreed format. However, the bulk of the responsibility to compromise, as usual, rested on the kingdom’s shoulders. Saudi Arabia pledged to remain committed to its voluntary production cut of 1 million barrels per day (bpd), whereas Russia will be allowed to boost production by 130,000 bpd. In January, Moscow also won an exemption from cuts in its output of condensate, a light type of oil that lies below the ground as a gas and condenses into a liquid when it reaches the surface.

The OPEC+ meeting took place on the heels of the U.S. recalibration of its relations with Saudi Arabia. Riyadh enjoyed strong ties with the previous administration, given former President Donald Trump’s emphasis on the kingdom’s role in, among other things, balancing the oil markets, which he had repeatedly stressed with regard to OPEC+ decisions. While the current administration is still rethinking its policy toward Riyadh, it appears to be prioritizing other aspects in its relations with the Gulf state, particularly the latter’s human rights record. In fact, the March meeting came a week after the U.S. Treasury sanctioned the Saudi Rapid Intervention Force and the former deputy head of its General Intelligence Presidency for their roles in the murder of Saudi journalist and U.S. resident Jamal Khashoggi at the kingdom’s consulate in Istanbul in 2018.

Another key element of relations between Riyadh and Washington is the latter’s policy toward Iran and the Joint Comprehensive Plan of Action (JCPOA), as the 2015 Iran nuclear deal is officially known. The fate of the deal is an important determinant of future OPEC+ dynamics, as the potential removal of sanctions imposed by the previous U.S. administration on Tehran would result in a flood of new oil supply from Iran.

In January, Iran’s oil minister, Bijan Zanganeh, signaled that the country’s crude exports had already risen significantly, although he didn’t say by how much. This is borne out by the latest data from TankerTrackers.com, an independent online service that tracks global shipments and storage of crude oil, which confirm the increase in Iran’s crude exports. Zanganeh also expressed his confidence that the market would be able to accommodate Iran’s maximum production capacity, which is 4 million bpd.

For now, Washington’s careful approach to the JCPOA has not caused any abrupt changes in its relations with Riyadh and has not had any impact on Iranian supplies.

Challenges on the horizon

One concerning development for the future of the OPEC+ deal came from India, a key importer of crude oil. On March 2, Tarun Kapoor, secretary at India's Ministry of Petroleum and Natural Gas, reiterated his country's discontent at the production cuts. “Artificial cuts to keep the prices going up is not something we support,” he told journalists. This is not the first time that Delhi has voiced its displeasure with the cartel’s production cuts. In January, India’s oil and gas minister, Shri Dharmendra Pradhan, called Saudi Arabia’s voluntary production cut a contradictory policy, “creating confusion for the consuming countries.” India currently imports 80% of its oil demand. In January, the country’s oil import costs jumped by 46%.

The OPEC+ deal has started its fourth year facing challenges posed by the vulnerable global economy. As countries rush to vaccinate their populations and hopefully revive their economies, the uneven progress of vaccination efforts so far has given rise to varying perspectives on the likely pace of global recovery. This has, in turn, resulted in differing interpretations of the future of the oil markets. The process becomes even more complicated when geopolitics, which also plays an important role in oil market dynamics, is factored in as well. While the revival of the global economy will, of course, remain one of the main factors affecting the oil markets, analysts will also be keeping a close eye on key geopolitical developments, such as the future of the JCPOA deal and the potential return of Iran’s volumes to the market, in the case of sanctions relief.

Rauf Mammadov is a resident scholar on energy policy at MEI focusing on issues of energy security, global energy industry trends, as well as energy relations between the Middle East, Central Asia, and South Caucasus. The views expressed in this piece are his own.