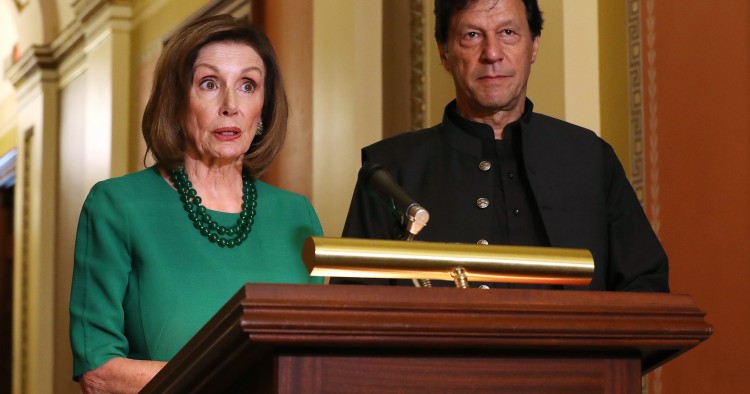 The incoming Biden administration has a full plate as it seeks to reinvigorate American foreign policy engagements around the world. The need to reimagine future U.S. engagement with South Asia may not be among the highest priorities for policy makers. Yet, this region, home to nearly a quarter of the world’s population, presents perennial challenges as well as new threats that U.S. policy makers cannot afford to ignore.

South Asia remains the most dangerous nuclear fault line in the world, as the protracted rivalry between India and Pakistan shows no signs of abating and appears in fact to be worsening. The region has become the arena for new contestations as the U.S. has deepened its strategic relations with India, and China has tightened its embrace of Pakistan.  Last year, physical skirmishes between Chinese and Indian soldiers resumed along disputed borders of the Himalayan range, after a period of 45 years. The fraught geostrategic environment in the region is also in a state of uncertainty due to the tenuous Afghan peace process and the planned American military drawdown from the region.

While preoccupied with Afghanistan, the U.S. has managed to forge a strong and steady relationship with India over much of the past two decades. On the other hand, the U.S. relationship with Pakistan, driven largely by the need to pursue American goals in Afghanistan, has been anything but stable. It has had its peaks and valleys, periods of close cooperation and periods of mutual acrimony. Presently, many in the U.S. who favor a hasty American exit from Afghanistan see diminishing value in the U.S. continuing to partner with Pakistan, despite its continuing to be designated a major non-NATO ally.

For U.S. policy makers to proceed with a full troop withdrawal from Afghanistan and downgrade the American bilateral relationship with Pakistan would be ill-advised. Such a move would open the door to further chaos in Afghanistan, which in all likelihood would be a gift to global jihadists. Major geostrategic imperatives would also be put at risk, including increased Chinese influence in the region. Relying entirely on India to check Chinese influence is probably unrealistic and could instead increase regional tensions. In any event, strategically the U.S. cannot ensure regional stabilization if its relations with Pakistan seriously deteriorate. Conversely, building a stronger relationship with Pakistan could provide the U.S. an important point of leverage for exerting stabilizing influence in South Asia.

The U.S. relationship with Pakistan has a long history, going back to Cold War alliances formed in the 1950s. Pakistan became a conduit for the decade-long proxy conflict with the Soviets during the 1980s, and then partnered again with the U.S. to support an American presence in Afghanistan after 9/11. While the interests of both countries have often diverged sharply in their approach to the Afghan conflict, the bilateral relationship improved as the U.S. has in recent years sought Pakistan’s help in facilitating a political solution in Afghanistan. Pakistan has reportedly played a role in bringing the Taliban to the negotiating table. Thus far, at least, this influence has not enabled Pakistan to help to secure an intra-Afghan power-sharing agreement. Nonetheless, Pakistan has strong reason to continue encouraging a peace deal in Afghanistan and to work together with the U.S. should that effort fail. Even while Pakistan does not favor a large permanent American military presence, it is deeply concerned that in a too hasty withdraw the unfinished business of Afghanistan will be dropped on its lap. The ills of a failed Afghan state could quickly spill over the border with Pakistan ushering in another wave of Afghan refugees and giving new life to Pakistan’s own battle with militant extremists.

It is within Pakistan’s interests that the U.S. continue for some time to retain leverage in Afghanistan. The U.S. can exert pressure on Afghanistan not to tolerate sanctuaries that allow Pakistan’s own Taliban to undertake cross-border raids. Pakistan’s cooperation with U.S. and Afghan intelligence could bolster its capacity to clamp down on all militant extremist groups operating on its soil. Keeping al-Qaeda and Islamic State-Khorasan in check and facilitating counterterrorism efforts more generally serve the interests of all three countries.

Both Pakistan and the U.S.  have a strong incentive to help save Afghanistan from devolving into a more chaotic civil war that could fan militancy across the entire region. It is not in the interests of Pakistan or any of the other regional powers to be drawn as they were in the 1990s through their proxies into an Afghan conflict. So much of the stability of the region rests on its hopes of economic interconnectivity that are impossible without an Afghanistan that is relatively peaceful, secure and unified.

Pakistan can be instrumental in helping the U.S. achieve other important strategic objectives. The Trump administration’s maximalist position on China led the U.S. to strengthen ties with India in order to counter Beijing’s growing regional ambitions. Consistent with that policy, the U.S. has taken a very negative view of Chinese investments across South Asia, particularly in Pakistan. Senior American officials have described the China Pakistan Economic Corridor (CPEC), which was billed as a flagship project of the Belt and Road Initiative, as another example of Chinese debt diplomacy in the guise of economic cooperation. Working together with Pakistan offers the U.S. an alternative, less confrontational pathway for the Biden administration to engage with China. With Pakistan’s help the U.S. may be able to formulate a more nuanced China policy within South Asia much as Pakistan did in facilitating a U.S.-China rapprochement during the Nixon era. Pakistan remains ideally placed to facilitate improved U.S.-China relations. Rather than viewing CPEC as a zero-sum game, the incoming U.S. administration can encourage U.S. private sector firms to invest in CPEC-created special economic zones and even help turn coal dependent CPEC projects greener. The naming as Climate Envoy of John Kerry could lead the way for U.S.-Pakistan cooperation on “greening” CPEC energy projects. The former Secretary of State has strong knowledge of Pakistan as he was co-architect of the Kerry-Lugar Bill, which aimed to significantly ramp up civilian aid to Pakistan.

No American administration can afford to lose sight of its crisis management role in South Asia. In the past, the U.S. and China have worked behind the scenes to ensure that major cross-border incidents between India and Pakistan did not escalate to the point of no return. Yet the strategic dynamics in the region are shifting rapidly as tensions between China and India continue to mount. There is an accompanying military and nuclear arms build-up which increases the risks of proliferation, accidents, and miscalculation. The U.S. needs to rethink how to keep these regional tensions under control and put in place new crisis management mechanisms to contend with the emergent ground realities. The U.S. must also strive to prevent its own growing security cooperation with India from inflaming Pakistani insecurities and prompting Pakistan’s further strategic tilt towards China.

South Asia presents multiple challenges with high geostrategic stakes for American foreign policy. Dealing with many of these challenges would become easier if the U.S. were to succeed in developing a bilateral relationship with Pakistan that is more stable and less transactional. Because there currently are no strongly coercive issues dividing the U.S. and Pakistan, it is possibly an opportune time for setting the bilateral relations on firmer ground, one not based as so often in the past on unrealistic expectations. Improved relations with Pakistan would not only serve American strategic interests within the region at large but go a long way towards helping Pakistan bolster its economy, address its internal challenges, and lessen friction with its neighboring states, all developments in the U.S.’s interest as well.

Syed Mohammad Ali is a Professorial Lecturer of Anthropology at George Washington University and a Non-Resident Scholar at the Middle East Institute. Marvin G. Weinbaum is MEI's Director for Afghanistan and Pakistan Studies