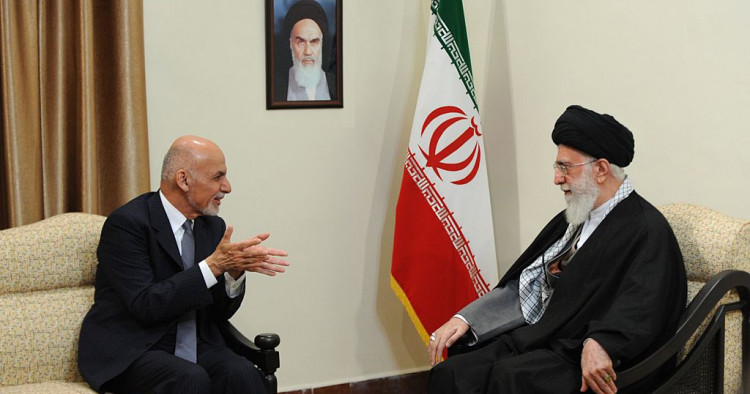 The below is an excerpt from the article, "The Geopolitics of Afghan-Iranian Relations," by Ali A. Jalali, in the Summer 2021 issue of The Middle East Journal. The full article has been made available for free download for a limited time.

As the United States ends its military presence in Afghanistan, the fate of the delicate peace negotiations between the Afghan government and the Taliban are wrapped in uncertainty. Meanwhile, Iran is taking steps to solidify its influence in Afghanistan amid a new round of competition for power in the potential post-American regional dynamics.

The involvement of competing great powers in Afghanistan for nearly half a century has pulled the country into a wider geopolitical playground, where Iran remains a key player. Meanwhile, Iran’s influence has been challenged by other regional powers, including Pakistan, Saudi Arabia, and the United Arab Emirates. The intended departure from Afghanistan by the US and the North Atlantic Treaty Organization (NATO) is expected to usher in a new cycle of regional competition for influence. Hedging against challenging scenarios, Iran has intensified efforts aimed at strengthening ties with the Afghan government while engaging the country’s ethnic minorities and, according to an official US Department of Defense report, “providing calibrated support to the Taliban.”  This includes Tehran’s push to sign a comprehensive strategic cooperation pact with Kabul that covers all major aspects of the two neighboring countries’ bilateral relations.

Under current conditions the Afghan-Iranian bilateral relationship is influenced more by the multilateral competition in the region than the dynamics of the two neighbors’ traditional state-to-state ties. Known for its multitrack policy in Afghanistan, Iran is expected to continue a cover-all-bases approach in the region, hedging against unexpected security threats during ongoing and uncertain conditions. Balancing ideology and geopolitics will continue to underpin Iran’s relations with Afghanistan for the foreseeable future. This essay looks at Afghan-Iranian relations amid rising regional competition and the changing dynamics of peace and conflict in Afghanistan.

Ambassador Ali A. Jalali is a Distinguished Professor at the Near East South Asia Center for Strategic Studies, the National Defense University. Formerly he served as the Interior Minister of Afghanistan (2003–5) and worked at the Voice of America (1982–2003). Ambassador Jalali is the author of several books published in English, Pashto, and Persian, including the forthcoming A Military History from the Ancient Empires to the Great Game (University Press of Kansas, 2021). Parts of this briefing appeared in Ambassador Jalali’s chapter “Afghanistan: Changing Dynamics of Peace and Conflict,” featured in The Great Power Competition Volume 1: Regional Perspectives on Peace and Security, edited by Adib Farhadi and Anthony J. Masys (Springer, 2021).