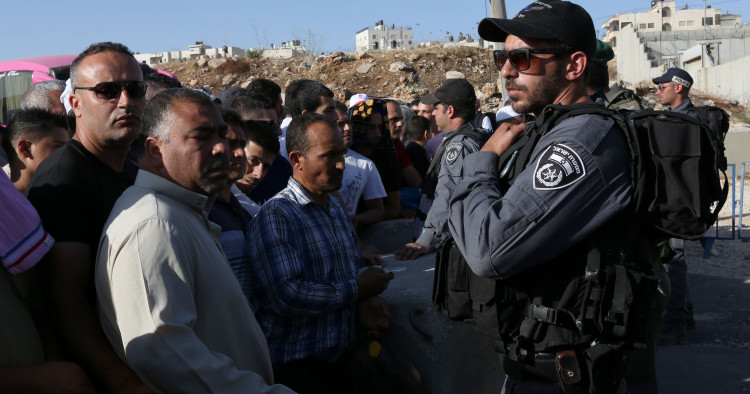 While support for Israel across the political spectrum remains strong in Washington, the traditional bipartisan consensus in favor of unconditional support for Israel has begun to fray in recent years. More than a half century of Israeli occupation, the rightward drift in Israeli politics, and shifts in the American political landscape, have led growing numbers of Americans, particularly left-leaning Democrats, to become more vocal in their support for Palestinian rights and in their opposition to unconditional support for Israel. This trend has been anything but uniform, however, as the bulk of American liberal and progressive politicians continue to adhere to the traditional pro-Israel orthodoxy.

It is this group that is the focus of the new book, “Except for Palestine: The Limits of Progressive Politics,” by Marc Lamont Hill and Mitchell Plitnick. “Except for Palestine” is a timely and compelling treatise on the moral failings of U.S. policy and American politics in relation to Israel/Palestine.

The book’s central argument is simple: Palestinians are a subjugated and dispossessed group whose rights and humanity American liberals and progressives should have no problem openly and vocally affirming and advocating for. And yet not only are self-styled progressives silent on Palestinian rights, but many also actively support policies that perpetuate Palestinian suffering and dehumanization.

Unlike conservatives, whose illiberal stances on Israel/Palestine are largely consistent with their stated values, many progressives routinely talk about principles of freedom, justice, and  equality, while consciously or unconsciously carving out an exception for Palestine and Palestinians. Moreover, the authors argue, such negligence directly harms Palestinians given America’s inordinate involvement in the conflict.

Hill and Plitnick tackle of some of the thorniest issues of the conflict, such as Jerusalem, refugees, and the man-made disaster known as the Gaza Strip, and do so with great nuance, sensitivity, and clarity. For example, the authors’ discussion of the controversial boycott, divestment and sanctions, or  BDS, campaign, an issue steeped in hyperbole and hysteria, is among the most nuanced, clear-eyed, and refreshingly nonpolemical out there. Hill and Plitnick make clear that Palestine’s liberal exemption is “not the product of Jewish cabals of power, political conspiracies, or any of the other centuries-old anti-Semitic tropes that have been used to dehumanize, isolate, and otherwise harm Jewish people.” But neither, they insist, can the fight against the scourge of antisemitism be carried out the at expense of Palestinian rights and humanity.