The CIA Is Better Than the U.S. Military at Creating Foreign Armies 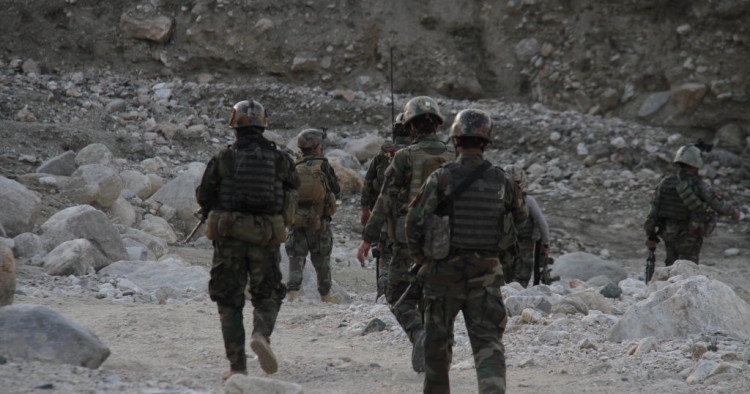 The disintegration of the Afghan army—trained and equipped by the U.S. military for the past two decades—has once again raised questions about the efficacy of the Defense Department’s advise-and-assist programs with foreign partner militaries. The United States spent more than $83 billion trying to build up the Afghan force only to see it collapse in a matter of 11 days following a Taliban onslaught, itself triggered by the U.S. military withdrawal from the country.

One U.S. government organization that has been generally more effective than the Pentagon in improving some capacities and capabilities of foreign partners, and at decidedly less cost in blood and treasure, is the CIA. And that’s even when considering those costs against substantial CIA casualties over 20 years in Afghanistan and Iraq, as well as in Lebanon and Vietnam.

But first, it’s important not to compare apples to oranges. For a start, CIA programs are much more modest in scale and limited in mission than those of the U.S. military. It’s one thing to train and equip a smallish group of fighters and another altogether to build a national army from scratch.

Second, not all friends of Washington, and especially in the Middle East, want to work with the CIA. It’s already challenging for some governments and armies in the region to establish stronger ties with the U.S. military due to accusations by anti-U.S. domestic actors of undermining sovereignty and independence. It’s a lot more challenging to partner with the CIA, which in most quarters of the region has a terrible reputation.

Third, because it has fewer resources than the U.S. military, the CIA often runs the risk of recruiting foreign sources that aren’t properly vetted and end up engaging in illegal or unethical tradecraft. The often poor record of foreign partners working with the CIA on human rights is of particular concern to Congress and various rights organizations in the United States.

Fourth, because its officers operate in secrecy, with Congress exercising little oversight over their activities, the CIA’s failures in building foreign partner capacity are hard to assess. We know about all the flops of the Defense Department in this field because executive and legislative oversight mechanisms are numerous and oftentimes effective. That’s not the case with the CIA, though.

These limitations notwithstanding, there are considerable benefits to the CIA’s ability to establish vital connections with foreign assets. The key differences between the CIA and the Defense Department are cultural and procedural. Unlike the Pentagon’s enormous, overly bureaucratic, and inflexible security cooperation enterprise, the CIA doesn’t have a one-size-fits-all blueprint.

Since the days of its Office of Strategic Services forebearers, the CIA has been able to get two core principles of covert training and support missions right: Politics is local, and people fight for their families, beliefs, and survival. Obligation to community—or for many, religion—trumps flags and oaths to relatively new constitutions of artificial states ratified by distant strangers to whom these soldiers have no personal or communal loyalty. Training and support, therefore, isn’t an off-the-shelf solution but rather a custom fit.

Even the most conservative estimates suggest Washington spent hundreds of millions of dollars on the Lebanese Armed Forces in the early to mid-1980s and billions building national armies in Iraq and Afghanistan since 9/11, only to see these forces collapse in the face of what Americans perceived to be their enemies. The reality, of course, was that these national armies comprised soldiers who were being ordered to face opposing forces, in some cases from their own communities, or to sacrifice their lives in contests that had no meaning for themselves, their families, or their clans. And they were often led by officers to whom they felt no loyalty or connection apart from a common uniform.