Crucial Crimea: Why the illegally occupied territory must be returned to Ukraine 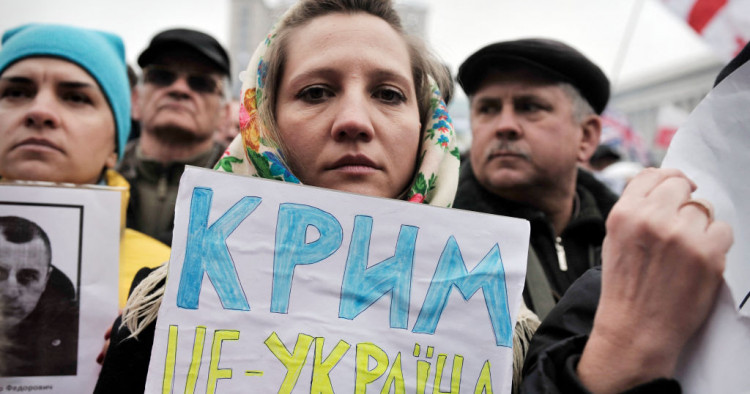 After a hesitant beginning, the West has rallied to provide Ukraine the military assistance it needs to check Russian aggression. Longer-range rocket systems should be part of a comprehensive strategy.

But Russian President Vladimir Putin understood from the outset the importance of the Black Sea. In the face of a catastrophic world food crisis, all eyes have now turned to the Russian blockade of Ukrainian ports. The ultimate key to winning the war is the return of occupied Crimea. He who controls Crimea controls the Black Sea, and that’s important for several reasons.

Russia may be losing the land war, but it’s winning the war at sea. The tale of Russian maritime dominance comes in two parts: destruction and denial. It started in 2014, when Russia raced to annex the Crimean peninsula in less than 48 hours. Moscow destroyed, or seized, most of the Ukrainian navy, making Kyiv defenseless in the Black Sea. As soon as roads and wires to mainland Ukraine were cut, Moscow started adding submarines, frigates, missile defense and other anti-access area denial capabilities to the region.

Since 2016, Putin has poured billions of dollars into building the “Crimean bridge.” For years now, Moscow has used the excuse of the illegal bridge to restrict or at times block Ukrainian industry exports from Mariupol. But Putin never intended to stop here. The Azov Sea blockade was one indicator. And in only three months of war, Russia has already obliterated the key port city of Mariupol. What’s left is the jewel, the Port of Odessa.