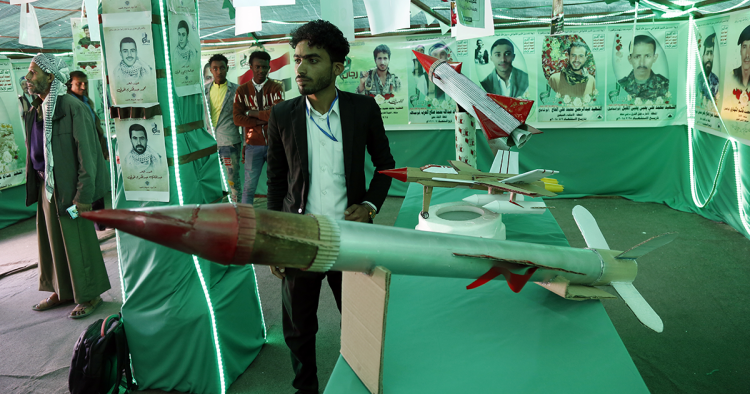 Of all the security challenges the United States has faced in the Middle East, perhaps none has been bigger than deterring Iranian aggression. This mission has been the cornerstone of US Central Command (CENTCOM) for decades, and yet it is the one with which it has struggled the most.

During the Trump administration, US deterrence was, as one of us described it, “contested.” This meant that the United States was and still is able to deter Iran from committing the most egregious acts —  including producing a nuclear weapon and launching strategic attacks against collective security interests — but less able to prevent it from waging lower-level violence against US bases and regional partners.

CENTCOM has learned over the years that Iran’s style of asymmetric warfare — below the threshold of conventional war, but still able to hold people and property at risk — is really hard to deter or contain because the Iranians are good at it, given their extensive network of loyal Shi’ite militias across the region. This allows them to obfuscate their ultimate responsibility for many of these attacks, which is key to their strategy.

However, US deterrence against Iran’s gray-zone tactics is not a lost cause. In fact, the simple act of letting Iran know the US is paying attention may end up being the cheapest, most effective way of deterring their actions — with the benefit of being the kind of deterrence partners and allies in the region can amplify.  By denying the Iranians what they’ve coveted the most and excelled at for years — plausible deniability — the United States was able to establish a different form of deterrence — what could be termed “deterrence by detection.”

This concept is not new — in fact, it has wide application in the civilian world with would-be criminals and even misbehaving children. The idea is that if someone who is about to cause mischief knows that they are being watched and their wrongdoing can be made public, they just might think twice before committing their offense to avoid humiliation and/or attribution.