Diplomacy Is the Key to Reducing US Forces in the Mideast 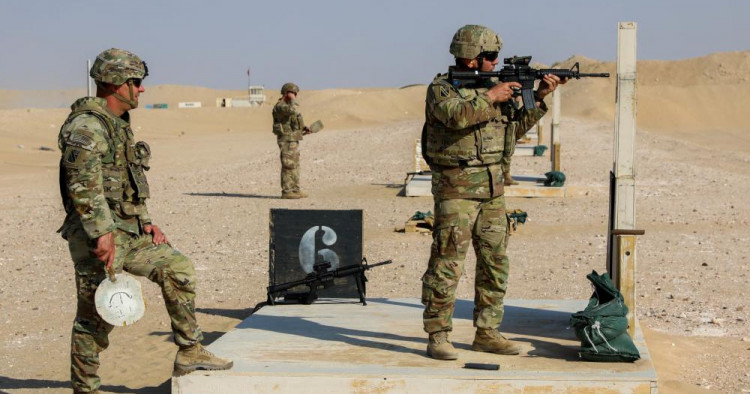 This article was co-authored by Bilal Y. Saab, senior fellow and founding director of MEI's Defense and Security Program, and Barry Pavel, senior vice president and director of the Scowcroft Center for Strategy and Security at the Atlantic Council, for Defense One.

U.S. military posture is a perfect example of the interdependence between defense strategy and foreign policy. Defense professionals in the Pentagon can come up with the best ideas for where and how the United States should station its troops and military assets overseas, but without the necessary U.S. diplomacy to secure security agreements or understandings with global allies and partners, those concepts will not be implementable.

The more enduring, robust, and predictable those bilateral (and multilateral) relationships are, generally, the more flexibility is afforded for U.S. posture. Thus, U.S. forces stationed on the territory of close treaty allies such as the United Kingdom, South Korea, Japan, and Australia enjoy greater flexibility for training, exercises, and even re-stationing than those deployed in other countries.

In the Middle East, however, the United States has relatively less latitude and room for creativity when it comes to its posture, largely because many of its regional partners insist on a visible and continuous U.S. military presence on their territory.

A primary reason why Mideast security partners have such strong preferences is because unlike America’s European and Asian allies, they don’t have legally binding mutual defense treaties with the United States. This fixation on a physical U.S. presence, which has only heightened in recent years because of fears of U.S. desertion, is understandable because it is the closest thing they have to a formal U.S. commitment to their defense.

The Biden administration’s just-released Global Posture Review will not enact a massive shift of U.S. military assets from the Middle East to other priority regions. However, consistent with the forthcoming National Defense Strategy, the review assumes that the pressures for a greater U.S. military presence in the Indo-Pacific to support Washington’s strategic competition with China will, inevitably, entail greater movement—though still modest—of American forces away from the Middle East.