Domestic Political Chaos Is Not the Only Thing Happening in Iraq 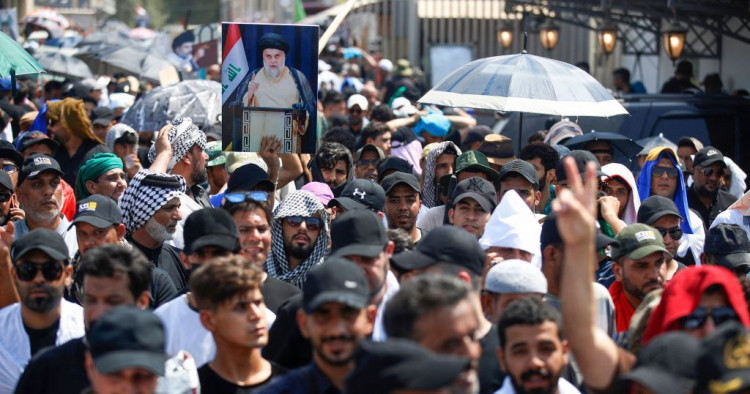 It appears that calm has returned to Iraq after the reported intervention of Ayatollah Ali al-Sistani, the country’s chief and widely respected Shia cleric. In recent weeks, violence had occurred in and near parliament, which has been unable to implement last October’s election results. The clashes involved demonstrators and armed forces loyal to Moqtada al-Sadr, the leading candidate in the elections, and militias loyal to a loose array of rival Shia political parties calling themselves the Coordination Framework.

Al-Sadr withdrew his members from parliament in June and has announced his own retirement from politics (not for the first time). He wants new elections, which he thinks he will win. The Coordination Framework, whose leadership includes al-Sadr’s archrival, former Prime Minister Nouri al-Maliki, has occupied more than half of Sadr’s seats based on the election results and has proposed a new prime minister. Maliki doesn’t want new elections.

Violence is a staple of Iraqi politics, but it is often intra-sectarian rather than inter-sectarian violence. Shia, Kurds, and Sunnis have all suffered bouts of intra-sectarian political rivalry settled in part through force of arms. The main stakes are power and money. There is often little religious or ideological difference, though al-Sadr claims a more Iraqi nationalist stance while al-Maliki and a number of his Coordination Framework allies are viewed as more pro-Iranian. The Americans are a distant factor, important for the training of the most professional Iraqi security forces but no longer as strongly engaged in Iraqi politics as once they were. Anxious to avoid state collapse in Iraq, they are now reduced to calling for dialogue. Neither al-Sadr, whose forces resisted the Americans for years, nor al-Maliki, who had crucial American support for his second term as prime minister, has much good to say about the Americans.