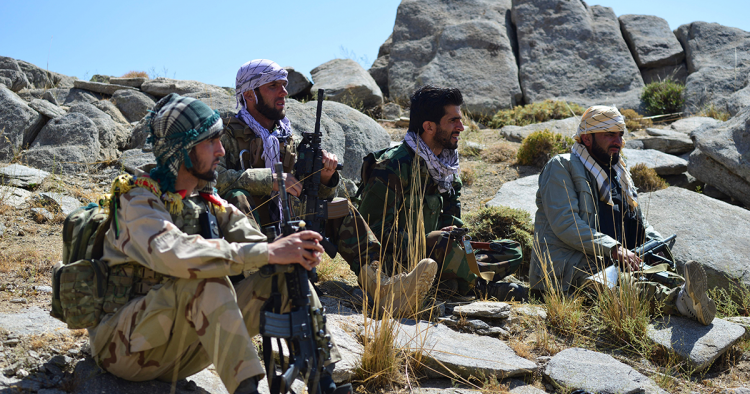 U.S. President Joe Biden is convinced that exiting Afghanistan was the right thing to do. But even he knows that putting the country in Washington’s rearview mirror is something the United States cannot afford to do.

Under Taliban rule, Afghanistan is likely to turn into a magnet for terrorism, as it was pre-9/11. Top U.S. intelligence officials estimate that in a year or two, al Qaeda could regroup.

Protecting the U.S. homeland from terrorists including the Islamic State, who could use Afghanistan as a launchpad for attacks against the West, remains a top U.S. concern.

But how can the United States most effectively meet this priority moving forward? Now that U.S. forces have departed and the Afghan military, which Americans trained and equipped for 20 years, has disintegrated, the options range from bad to worse.

One of these options is over-the-horizon strikes, attacks launched from nearby countries, which the United States has already exercised. But the risks of this tactic are clear. On Aug. 29, the U.S. military tragically killed 10 innocent Afghan civilians, seven of whom were children, because its members couldn’t tell the difference between an aid worker and an Islamic State operative. Of course, not all over-the-horizon operations are unreliable; in fact, they can be incredibly precise and effective. But they do require local intelligence and patient target development, which the U.S. military didn’t have for the Aug. 29 strike.

Sen. Lindsey Graham and Rep. Mike Waltz, along with a growing number of conservative American lawmakers, have presented another option: arming the so-called Afghan resistance. “We’re going to lead and drive this from Congress if the White House and the administration refuses to,” Waltz said. Meanwhile, Graham has been active in his efforts to build support in Washington for Amrullah Saleh, an Afghan opposition leader.

Putting aside the political motivations of Graham and Waltz, one can see why the idea of providing weapons to Afghans who could restrain the Taliban and fight terrorism sounds attractive.

The premise is that by applying military pressure against the Taliban through local parties, the group’s worst instincts can be checked. More specifically, such leverage might push the group to meaningfully cooperate on counterterrorism and pursue more inclusive governance.