Eight billion and counting, for now 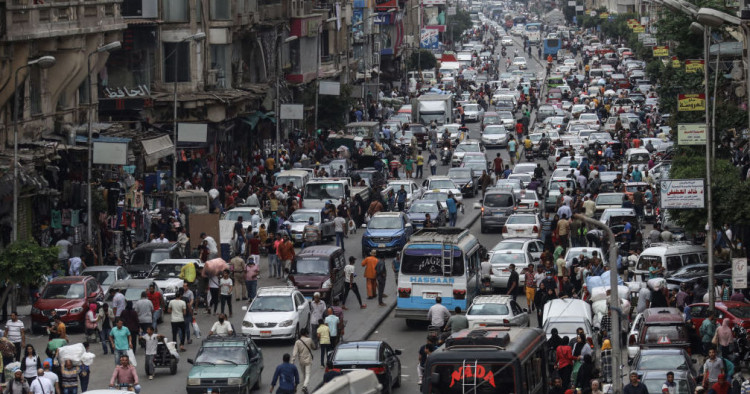 The birth last Tuesday of our planet’s eight-billionth person, as estimated by the United Nations, is a remarkable milestone, and many have been remarking on it. The starkness of the number makes it easy to think of the population climb as the only notable story. But it’s important for global leaders and analysts to also look with a foresight lens at other demographic trends that are not about growth, and at developments that will drive the demographics of the future. That lens reminds us that no trend can be considered in isolation from its cascading consequences — or from countertrends not yet emerged and often happening simultaneously.

While, on the one hand, the global population grew to 8 billion last week, in 2020 the growth rate fell to less than 1% for the first time since 1950, and there is little to suggest it will bounce back up. The projected 10.4 billion global population peak, circa 2080, is an immense number that the planet — under current policies and mindsets — is not ready for. But it’s all downhill from there.

There is no real precedent in history for an economic system not based in important ways on population growth. Creating one will take considerable time; but not creating one is not an option. The less-considered longer-term trend of global population decline demands attention for this as well as other reasons.

More than 60 countries globally will actually decline in population by more than 1% between now and 2050, and these are disproportionately in the Global North. In North America and Europe, by 2050, the dependency ratio is projected to be 43 elderly to 100 working-age persons.

Looking at the Middle East and North Africa, the reverse is the case: populations there will continue to rise rapidly and significantly. By 2050, half of these countries will see increases of at least 50% from their 2015 levels. Some will double. This pace and level of growth is far from uniform in the region, but the overall picture is clear. The dependency ratio in MENA is a contrast with the Global North’s as well. By the middle of the century, more than 50% of the region’s greatly increased population will be in their most productive years, opening a window for a potential so-called “demographic dividend.”

The key word there is potential. Three factors will be significant determinants of whether the region will be able to jump through that window.

One is the demographics just described in the Global North. There, as countries struggle to sustain their economic growth with shrinking homegrown working-age populations, we can expect they will begin competing with each other to attract migrants. Anti-immigration sentiments and policies in many of these countries certainly will not go away. But the imperative to counter their demographic trends for the sake of their economies will gain traction.

A second and paramount factor is climate change. As their countries become effectively uninhabitable, migration away from the region will be increasingly compelling for growing numbers of not only the poor and less skilled but also for the educated and the middle class — that is, groups embodying the hoped-for demographic dividend. And given their geography, some Global North countries seeking migrants will also be (relatively) less affected by some climate change effects, making them doubly attractive destinations for younger MENA people.

The third factor is the degree to which governments (and leaders in other sectors) do or don’t commit to two courses of action, soon and substantially. One is investment in essential services, including education, health, and food security. The other is to address a range of other obstacles to young people’s transition to employment, like political instability, exclusion based on gender, race, and other attributes, and the dearth of civic engagement that results from current and historical shortfalls in the social contract. Failure in these commitments will further fuel out-migration of MENA’s share of the 8 billion to places of better opportunity, while precluding the realization of the demographic dividend for those who remain.

Steven Kenney is the director of the Strategic Foresight Initiative at the Middle East Institute. He is also the founder and principal of Foresight Vector LLC.