How Biden can rebuild U.S. ties with the Gulf states 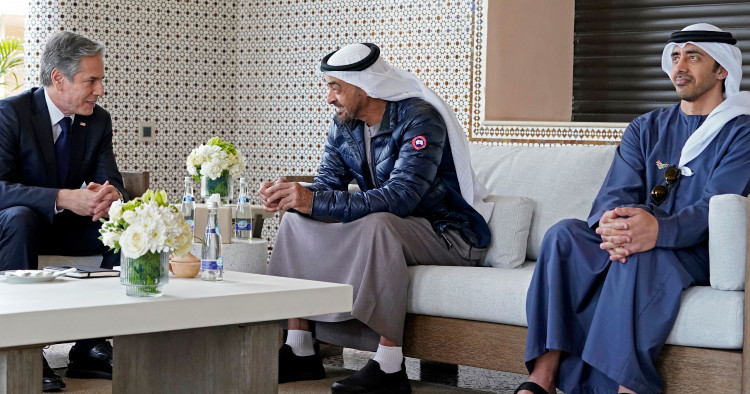 As tensions between the United States and the Gulf monarchies have been laid bare in recent weeks against the backdrop of Russia’s war in Ukraine, spiraling energy prices, and Houthi attacks on Saudi and Emirati territory, it’s clear that there will not be a return to the U.S.-Gulf partnership of the past—but there can be a new understanding between the two sides.

Washington can dial back the climate warrior talk and acknowledge Gulf Arab producer and OPEC+ member demands to be included in discussions about climate adaptation and to carve out a role for hydrocarbons. In return, the U.S. government will have to address Gulf Arab security concerns and offer more effective protection against attacks by Iran and its militant proxies in the region.

This low point in the relationship, arguably its nadir, did not occur overnight. Tensions have been building at least since the 2011 Arab uprisings, when Gulf Arab monarchs believed Washington was abandoning them and aligning with the Islamist forces that sought to unseat them. Four years later, this feeling of neglect was reinforced when the Obama administration signed a nuclear deal with Iran that, in their view, failed to consider their security interests.

The Biden administration announced on Feb. 12, 2021, that it was reversing the designation of Yemen’s Houthis as a foreign terrorist organization, judging this was necessary to enable international humanitarian assistance in Yemen. The Gulf Arab countries, Saudi Arabia in particular, saw President Joe Biden’s decision as a signal he was ignoring Iran’s expansionist and military designs in Yemen.