Iranians need more than condemnation in Geneva; they want recognition of their right to democracy 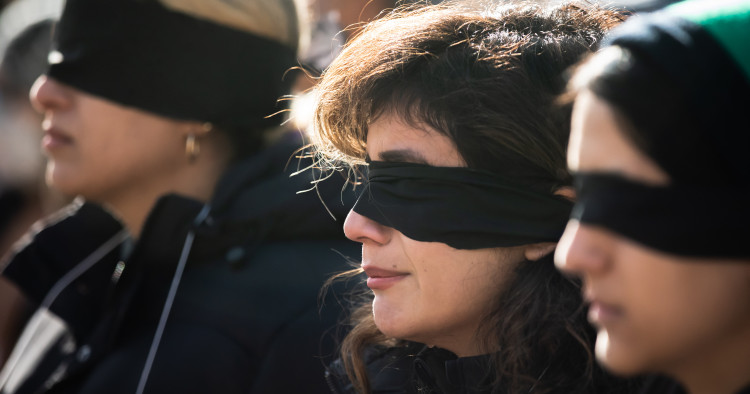 This Thursday, the United Nations’ Human Rights Council will convene an emergency special session at the request of Germany and Iceland to discuss widespread human rights violations in Iran, where three months of anti-regime protests have resulted in over 400 killed and nearly 17,000 arrested by Islamic Republic security forces. U.N. member states should do something different this time: they should affirm the right of the Iranian people to freely choose their leaders.

The United Nations has monitored the deplorable human rights conditions in Iran on and off since the 1979 Islamic revolution. In 2011, it re-established a mandate for a U.N. special rapporteur after the Iranian regime quelled the Green Movement protests. U.N. resolutions since the 1980s have collectively presented a devastating catalogue of regime crimes and abuses, ending with calls on the government to do better. But over the years, the world has missed successive opportunities to use this multilateral agenda to build pressure on the theocratic Iranian government for democratic change, pinning hopes instead on a nuclear deal and on moderate forces inside the regime taking over. Most notably, when 1,500 protesters were killed by the authorities in November 2019, the U.N. failed to act.

With a renewed Transatlantic partnership committed to confronting authoritarianism, the United States and Europe should take the multilateral coalition they built at the U.N. to defend Ukraine and use it to mobilize the world to support freedom and democracy in Iran. There seems no better time to reverse the 16 years of consecutive democratic decline around the world by focusing on counteracting the threatening dictators in Moscow and Tehran. Human rights experts are calling for a resolution in Geneva this week that would establish an accountability mechanism for Iran to investigate and preserve evidence about the crimes committed by the Islamic Republic. This evidence would be used for prosecutions in national and international courts. This is critical, but it’s not enough.

Also not enough are sanctions and condemnations. These acts have not changed the regime’s behavior. It’s time for clarity, courage, and real leadership. It’s time for U.S. President Joe Biden, other democratic heads of state, the U.N. secretary general, and U.N. bodies to declare support for what the U.N. Charter states the Iranian people are entitled to: equality, self-determination, and a freely chosen government. It’s time to meet with credible opposition leaders and to take all the steps necessary to pressure the regime to release Iranian dissidents imprisoned inside the country.

Ultimately, Iranians are seeking a future without the Islamic Republic in it. Protest slogans are clear: “Down with the dictator” and “Women, life, freedom.” This nation wants an end to gender apartheid. Iranians want a “normal government,” one that delivers justice, equality, and political and social freedoms. They want their government to reflect Iran’s national and regional cultures, which have been suppressed by the tyranny of the Islamic Republic. They are also calling for those of us on the outside to be their voice and help in any way we can.

The preamble of the Universal Declaration of Human Rights (UDHR) recognizes the right to rebellion against tyranny and oppression “as a last resort” if human rights are not protected by the rule of law. The UDHR also provides that the authority of a government is determined by the will of the people, and that citizens have the right to take part in their government through free, periodic and genuine elections. The Islamic Republic has closed all paths to self-determination by its citizens for over four decades. Their rebellion must be supported by the world.

Between 1946 and 1994, South Africa was on the U.N. agenda as the international community sought to address its oppressive system of racial discrimination and apartheid. Resolutions passed by the various U.N. bodies recognized the right to self-determination of South Africans, reaffirmed their right to, by any means possible, liberate themselves from the apartheid regime, organized an arms and oil embargo, helped negotiate an end to the system, and oversaw free and fair elections.

Similarly, between 1990 and 2010, U.N. resolutions, special rapporteurs, and special envoys negotiated the release of Burmese pro-democracy leader Aung San Suu Kyi, who had won a democratic election in Burma but was later imprisoned by the junta. This intensive U.N.-led global advocacy campaign demanded a return to democracy and created an opening long enough for the country to hold more inclusive elections, despite more recent backsliding.

This year, the United Nations showed that it could act decisively to defend democracy in Ukraine — and even that it could find ways to work around a Security Council veto when and if needed. Governments have remarkable maneuverability through international bodies to assist a country or to advance a cause essential to international peace and security.

No country’s trajectory to democracy is the same, nor can any one nation be supported in the same way. Similarly, no nation striving for it should be excluded from the democratic support club because of any set of unique circumstances. Despite its limitations, the United Nations is the only universal body where democracies can craft an approach to support the Iranian people, a nation without democratic neighbors or regional institutions to turn to for support. This makes the U.N.’s responsibility to back the Iranian people’s democratic aspirations of paramount importance.

As U.N. member states gather in Geneva this week, it may be tempting to just focus on the rights of women and girls, the inhumane hijab law, and other unspeakable cruelties being committed against Iranians to silence them. It may be easier to just adopt a fact-finding mechanism and call on Iran to cooperate with it, which we know it will not. But that time would be better spent beginning discussions on how to assist this long-suffering nation to reach a brighter future. It should focus on how to give protesters a much-needed psychological and political boost from the international community. If Iranians are brave enough to sacrifice their lives to live in a democratic country, then the U.N. Human Rights Council should find the resolve to recognize the Iranian people’s right to that future.

Dokhi Fassihian is an international democracy and human rights expert. She led a campaign between 2009 and 2011 to establish a U.N. special rapporteur on Iran. She currently works at Issue One and serves on the Iran Advisory Board of the Middle East Institute.