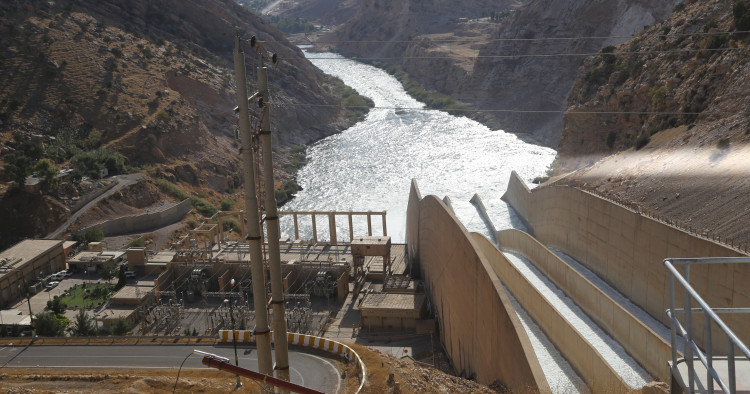 Iran is parched. Indeed, this year is expected to be among the driest in the last 50 years. Of the country’s 85 million people, some 28 million people live in water-stressed areas, mostly in the central and southern regions. Water scarcity is hitting all segments of society, from urban households to rural farming communities.

Iran isn’t alone in its plight. Of the 17 most water-stressed states in the world, 12 are in the Middle East and North Africa, which includes all the littoral states of the Persian Gulf. In tackling the region’s water challenges, Iran and its Arab neighbors to the south have much to gain by accepting the need for regional cooperation to promote water security while minimizing harm to the Persian Gulf’s ecology. In fact, regional cooperation in this area is an easy mark and one U.S. President Joe Biden has good reasons to encourage given his administration’s focus on combatting climate change.

Over the last decade, Iranian authorities have invested much political and financial capital in dealing with the growing problem of water scarcity. This includes initiatives to increase the use of desalination and the transfer of water from the Persian Gulf to water-poor provinces in central Iran. This national water transfer plan, which is already underway, involves four main water supply lines and a growing number of feeder desalination plants. It is projected to cost as much as $285 billion to complete by 2025, and officials in Tehran expect it to create some 70,000 jobs.

The desalinated water will supply heavy industries and Iran’s extensive agricultural sector (the latter sector accounting for 90 percent of all water use in Iran). Its use will also keep precious underwater resources in the ground, which could save water for local rural communities and prevent greater movement from rural to urban areas that are ill-equipped to receive the inflow of migrants. In some parts of the country, lack of water has directly resulted in clashes between communities and between local populations and security forces. Iran’s water trouble, in other words, is a grave policy challenge on multiple levels.

Tehran’s ability to tackle its water crisis is also linked with its foreign-policy challenges. Iran’s worsening water crisis is not just a result of repeated droughts in the last few years. It has also coincided with the imposition of the latest round of U.S. sanctions, the most severe sanctions ever imposed on a country. In turn, Tehran’s financial power and access to the latest water technologies available have been drastically limited.

At the same time, Washington’s determination to stop Iranian oil exports has resulted in Tehran looking for alternative sources of income. Among others, water-intensive industries like petrochemicals, mining, and steel are the most appealing given eager customers in Asia (principally in China, which by some accounts has major investment ambitions in Iran’s economy, including the mining sector) who are prepared to shirk U.S. sanctions. In other words, an already water-challenged economy has diversified in such a way that water use has only increased. In 2000, before Iran began to face rounds of successive sanctions, industrial and mining sectors used about 1.2 percent of the country’s yearly water supply. This share is projected to reach 3 percent by 2021. In the central province of Isfahan, home to many heavy industries, the region’s rivers are close to drying up.

In this cycle of constantly attempting to catch up with growing water needs, the Iranian authorities have done little in the form of reducing public demand. (Latest available figure from 2011 show Iran’s water footprint per capita per day is 5,100 liters, which is similar to countries like France, Denmark, or Switzerland that have no comparable water challenges on their hands. That said, other water-stressed Middle Eastern states have comparable water use to Iran). Instead, the country has attempted to make more water available, and desalination is increasingly touted as a silver bullet.