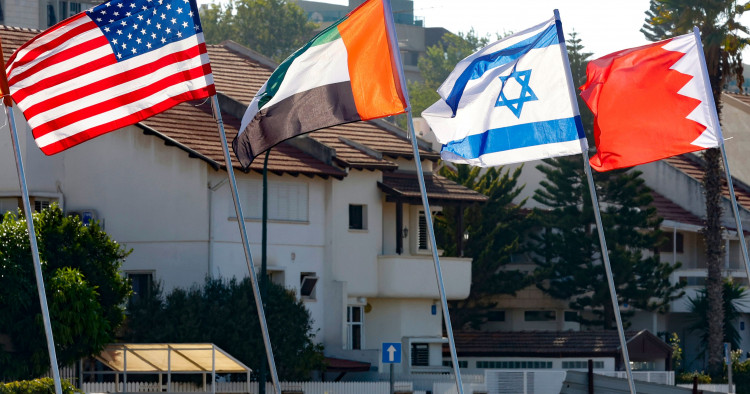 Last December, Israeli tourists brushed off their government’s warnings against traveling to the Gulf Arab states. The risk of being stalked by Iranian spies on the streets of the United Arab Emirates and Bahrain was no deterrence for Israelis seeking the novel experience of visiting countries that had until recently been out of bounds.

Their enthusiasm was a hopeful harbinger for businesses gearing up for the opportunities from the new tourist flows, ranging from airlines and travel agencies to a joint venture to supply Abu Dhabi’s hotels with kosher food.

Now, in the aftermath of the fourth Gaza war and communal violence between Jews and Arabs within Israel, those businesses may be in for an uncertain summer. More generally, the widespread anti-Israeli sentiment now spiking in the Gulf countries will test the depth and durability of the economic engagement promised by the signing of the Abraham Accords.

In addition to diplomatic normalization of relations between the signatories, the accords were meant to open floodgates of trade and investment flows. The early projections were exuberant: Israel’s finance ministry estimated the potential of bilateral trade with the UAE alone at $6.5 billion a year. In March, the UAE announced plans for a $10 billion fund to invest in and alongside Israel in “strategic sectors” in the Israeli economy, including manufacturing, energy and healthcare. There was also talk of joint ventures in other parts of the Middle East, where the UAE has substantial investments and Israel lags far behind. These ventures would be enabled by “people-to-people ties” — specifically, new relationships between Emirati and Israeli entrepreneurs and investors.

The early portends from tourism, a leading indicator of the economic impact of the accords, were very good. More than 50,000 Israelis flocked to Dubai over the New Year’s holiday, and Israel hoped to attract 100,000 tourists annually from the UAE. Etihad Airways, the Abu Dhabi airline, announced new flights to Tel Aviv. Just last month, Israel and the UAE started talks on a quarantine-free travel corridor for people who have been fully vaccinated against Covid-19.

But all that was before Israeli police stormed Jerusalem’s Al-Aqsa Mosque, one of Islam’s holiest sites, using stun grenades and rubber bullets against Palestinian protesters. In the Arab world, this and the communal violence that followed, roused widespread anger —  which turned white-hot during the Gaza war.