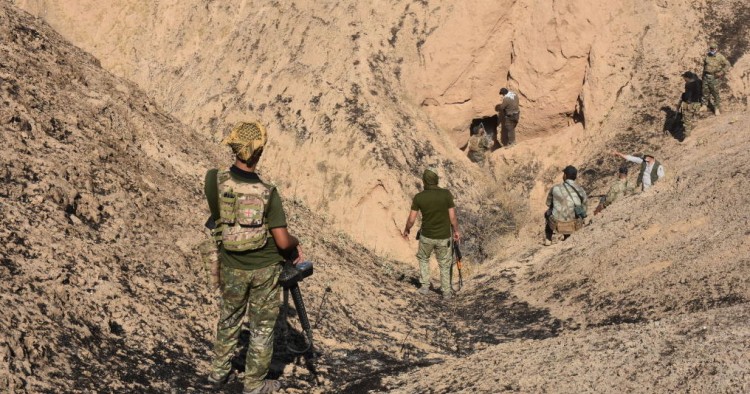 Six years ago today, ISIS announced the establishment of its self-proclaimed caliphate — a swath of territory totaling more than 280,000 sq km across Syria and Iraq and home to more than 10 million people. In less than three years following the departure of U.S. troops from Iraq in late 2011, the then Islamic State in Iraq (ISI) had recovered from almost total defeat to become the most powerful terrorist organization in modern history with a larger standing army than many small nation states. That dramatic resurgence was driven by a range of largely local factors — including poor governance, sectarian social divisions, corruption, rife conflict in Syria, and expanding ungoverned spaces — most of which still exist today. Though the U.S.-led global coalition and its partners in Syria and Iraq successfully defeated ISIS’s territorial project in March 2019, the group continues to operate as an insurgency in both countries, exploiting security vacuums to slowly re-degrade the capabilities of its adversaries. With the overt threat diminished, the U.S. and its allies once again appear increasingly disinterested in dealing with the root causes and drivers of ISIS.

After a concerning escalation in Iraq in May when the group was conducting between 45 and 60 attacks per week, ISIS’s operational tempo has slowed in June to a more moderate 15-20 attacks per week. However, those attacks appear to be increasing in scale and sophistication and are reaching more frequently into urban areas. ISIS’s intelligence collection remains potent, as indicated by increasingly effective targeted ambushes and assassinations of local officials, and the group’s extortion networks are reportedly back to their 2013-era levels. A COVID-induced reduction in Iraqi and joint U.S.-Iraqi operations and a decline in expeditionary patrolling into rural areas have provided what remains of ISIS in Iraq with much needed breathing space. As such, a slowing of attacks in Iraq in June should not be assumed as progress against a group whose capacity for survival and resurgence has repeatedly been dramatically demonstrated.

Consequently, it is in Syria where ISIS’s future appears most secure given the overlapping opportunities offered by Turkish-Kurdish, Arab-Kurdish, opposition-regime, and intra-jihadist conflict lines, as well as a spiraling economic collapse, an impending famine, continued regime brutality, and eroding reconciliation. While ISIS has maintained a consistent insurgency in areas controlled by the U.S. and its Syrian Democratic Forces (SDF) partners, it is in territory controlled by the Syrian regime that ISIS has invested the most and demonstrated particular military potency. As in Iraq, there is no reason to expect any dramatic ISIS resurgence in Syria, but the prevailing dynamics are almost perfectly amenable to a steady recovery. For many Syrians still in-country, the prospects of there being any light at the end of the tunnel are worse today than they were at the peak of armed conflict in 2014-15. It is facts like this that the likes of ISIS will feed upon for the months and years to come.

Beyond its Iraqi-Syrian heartland, we should not forget that ISIS has become a globally dispersed movement too. Its expansion across Africa — in the Maghreb, Sahel, Horn of Africa, and to the south in Mozambique — should be of particular concern to policymakers. Local governments appear to be either incapable or indifferent to ISIS’s arrival and aggressive efforts to assert itself in vulnerable and disenfranchised communities. As with ISIS in Syria and Iraq in 2013-14, we ignore these developments at our own risk.

Charles Lister is a senior fellow and the director of MEI's Syria and Countering Terrorism and Extremism Programs. The views expressed in this piece are his own.