Lebanon is running out of time to avert starvation 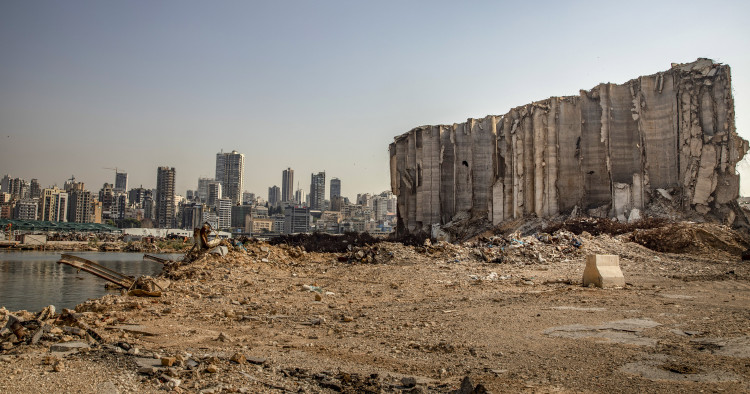 As Russia's two-week-old war against Ukraine has brought Lebanon's wheat imports from the besieged Black Sea nation to a complete standstill, the government in Beirut is racing against the clock to avert a catastrophic food crisis.

The conflict has set off a food security problem for many nations across the Middle East and North Africa – a region that relies on the Black Sea wheat-growing region as their bread basket – but Lebanon's situation is uniquely precarious. Its severe lack of storage capacity combined with its economic state of hyperinflation is to blame. The situation is dire, and in the absence of immediate financial assistance, a food system collapse could happen in a matter of weeks or even days.

Lebanon needs to import about 50,000 metric tonnes of wheat each month to cover the nation's demand for bread, and the government had relied on Ukraine to provide about two thirds of that wheat supply, amounting to more than 400,000 metric tonnes per year. Lebanon used to be able to store four months' worth of wheat reserves, but the August 2020 Beirut Port explosion destroyed the country's primary grain storage silos, removing 120,000 tonnes of storage capacity that has yet to be restored to this day. Lebanon's other major port in Tripoli has no grain storage capacity, leaving the country to fend with only a one month's storage by using warehouses owned by 12 mills.

The situation has put Lebanon's Ministry of Economy and Trade on a monthly time-clock to secure wheat supplies, so that the country doesn’t run out of bread. On Tuesday, a Ukrainian ship carrying 11,000 tonnes of wheat – loaded before the war – arrived in Tripoli, providing about a week's respite. Nonetheless, the monthly time-clock is quickly becoming a countdown to catastrophe.