Lebanon is a tinderbox, and Lebanese politicians have started dropping matches 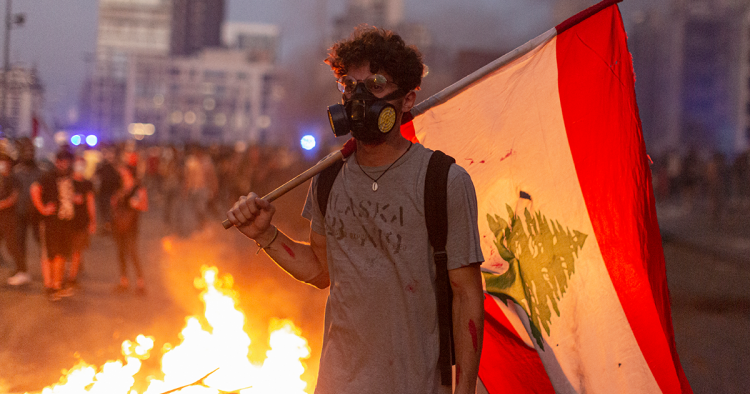 Premeditated political paralysis and the absence of economic leadership have brought Lebanon to its knees. Critical infrastructure has collapsed. Reliable electricity and safe water provision are rare. Hospitals and medical services are crippled by the lack of power, medications, and supplies. Food security is at risk for the majority of the population. The upcoming school year is in disarray. The judiciary system is incapacitated. The brain drain has accelerated like never before. The lifting of untenable subsidies in the absence of a social safety net has begun stirring dangerous and violent social unrest. People are losing their lives in feuds at gas stations and supermarkets. Desertions from the ranks of security forces are growing. A nationwide security collapse is increasingly likely. The humanitarian collapse is already here.

Left untreated, the situation in the coming weeks will, without a doubt, derail the prospects of a Lebanese recovery for many years, perhaps decades, and have destabilizing regional repercussions. And yet in the middle of the meltdown, the political parties and leaders that dominate Lebanon’s parliament and main institutions are doubling down on the deliberate obstruction of crisis management and resolution. Their negligence and indifference are no longer irresponsible. They are criminal.

Today, international diplomatic and humanitarian attention may understandably be focused on tragic events such as the Afghan collapse and the Haiti earthquake, but the Lebanese situation is incendiary and demands urgent action. More than ever before, constructive international engagement would warrant the following steps:

Lebanon is currently a tinderbox, and Lebanese politicians have started dropping matches. As recent history has taught us, chaos in Lebanon always transcends its borders. This may well be the final warning before irreversible and catastrophic developments begin unfolding.

Christophe Abi-Nassif is the Director of the Middle East Institute’s Lebanon Program.

Jean AbiNader is the Policy Director of the American Task Force on Lebanon. The opinions expressed in this piece are their own.