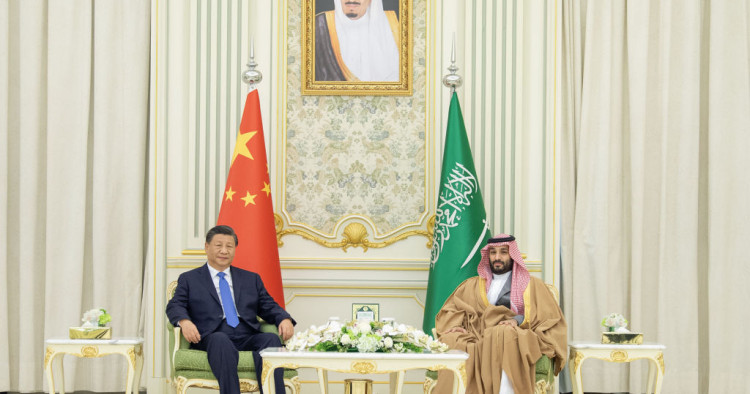 Tech a top item on Xi’s visit to Saudi Arabia 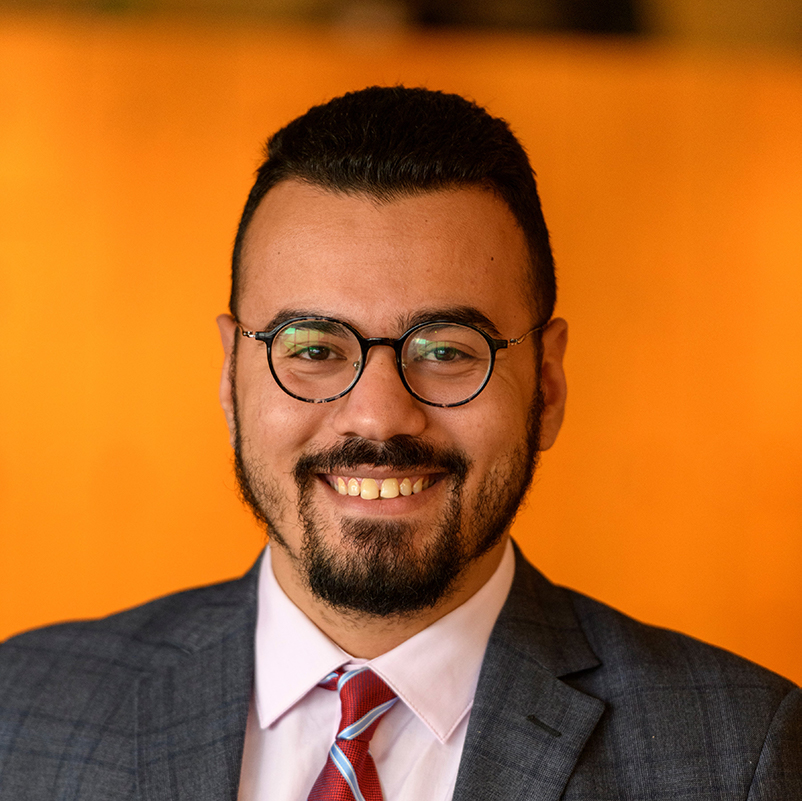 During Chinese President Xi Jinping’s visit to Saudi Arabia, Beijing and Riyadh signed a strategic partnership deal, highlighting their expanding bilateral relations. As Saudi Arabia seeks to assert its regional political and economic leadership, Riyadh is attempting to recalibrate its relations with both the United States and China by shifting from traditional energy-centric bilateral ties to 21st century ones, where technology and cyber are top-ticket items.

During the China-Saudi Arabia Summit, held on Dec. 9, the two countries signed many significant tech-focused agreements. Most importantly, the Saudi Ministry of Communications and Telecommunications (MCIT) signed a Memorandum of Understanding (MoU) with Huawei to build a 10-gigabits-per-second mobile internet — 10 times faster than the fastest consumer internet plans currently available — and a cloud computing center in the kingdom. The Huawei deal further solidifies Saudi Arabia’s reliance on Chinese technology as a cornerstone of its digital transformation, despite U.S. efforts to discourage its Middle Eastern and other international partners and allies from relying on Chinese technology on national security grounds.

The fragmentation of global supply chains and the need to pursue a proactive industrial policy necessitate that Saudi Arabia prioritizes the localization and indigenous production of critical tech-reliant industries such as electric vehicles (EVs), which have become one of the pillars of Riyadh’s efforts toward economic diversification and energy transition. Another significant outcome of the summit was, thus, a deal regarding Chinese-Saudi joint production of EVs. Namely, Enovate Motors, a Chinese EV manufacturer, inked an MoU with Saudi Arabia to establish a 100,000-car-per-year auto factory there.

For Sino-Saudi relations, Xi’s visit was a significant but not game-changing milestone. In this era of great power competition, Saudi Arabia puts its own interests first. Its hosting of the Chinese leader should not be interpreted as Saudi Arabia favoring China over the U.S. but rather as Riyadh attempting to build its own resilient economy and society. To remain relevant, Washington’s response should focus on recalibrating the bilateral relationships with its Middle Eastern friends and partners by putting data and technology at the center of its efforts to engage the region. 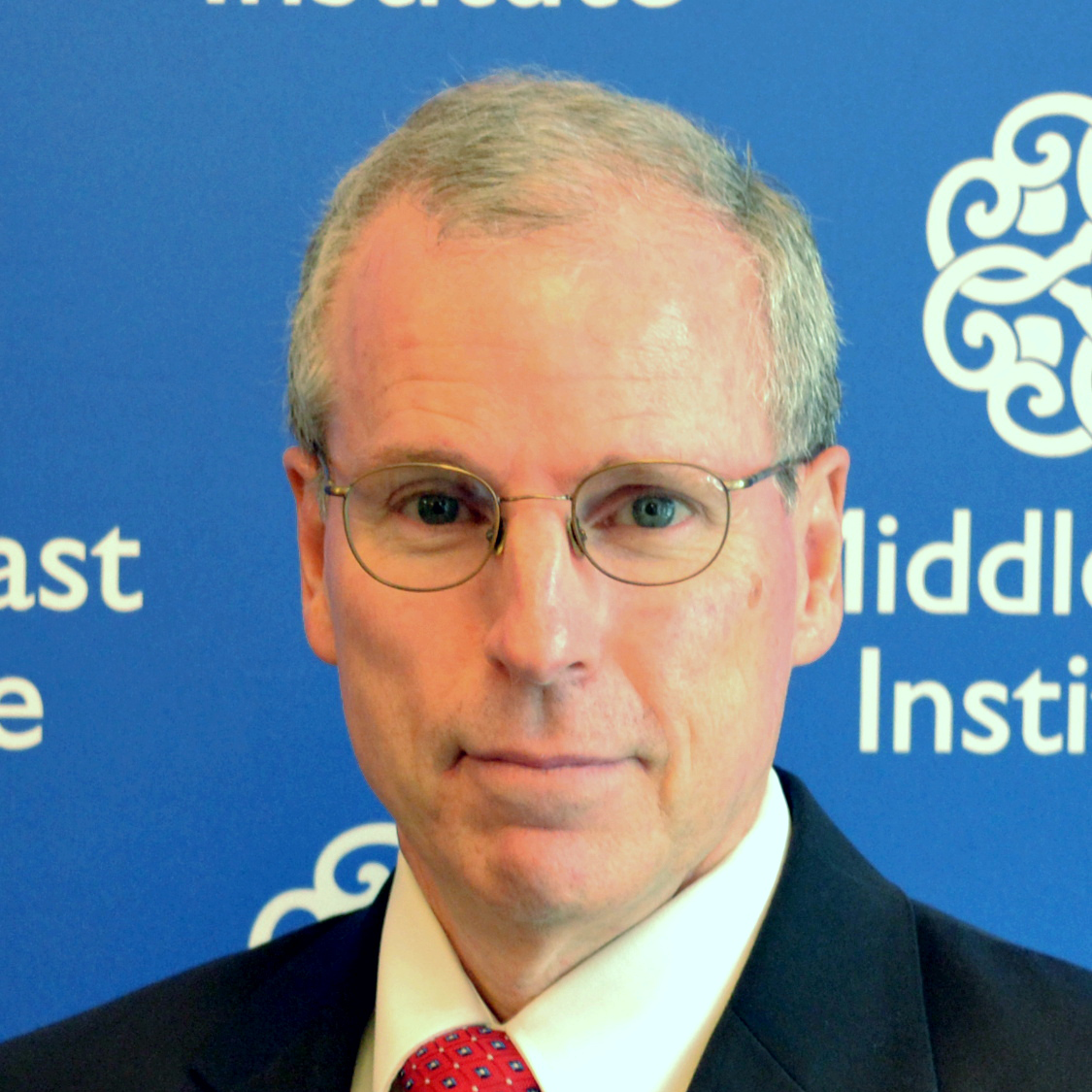 There will not be a big turnout at next Saturday’s legislative elections in Tunisia, and the elections will not mark a major step in restoring Tunisia’s place as the Arab state moving most resolutely toward democratic governance. The elected new lower house will have 161 seats, compared to the former parliament with 217 seats. (A second chamber will be established later, per the new constitution approved last July in a referendum that also saw a low turnout.) The new constitution reduces the role of the legislature, which will have limited capacity to restrain the president and his cabinet.

There are over 1,000 candidates competing in the Dec. 17 elections. Tunisia’s new electoral law reduces the role of political parties: rather than use a party representation system, the law establishes 161 individual electoral constituencies, each awarded to an individual candidate. The electoral law also ends public financing, giving wealthier individuals a campaign funding advantage. Most major Tunisian political parties have denounced the elections as a step backward and are formally urging their followers to boycott. A new regulation issued in early December banning candidates from speaking to foreign media has aggravated suspicions that the Tunisian government wants to limit criticism of its election process.

Many Tunisian political parties lack deep support after they failed in post-revolution governments to solve the country’s economic problems. President Kais Saied has been able to marginalize them with little difficulty. An alliance of opposition parties managed to get only a few hundred protesters to demonstrate against the elections in downtown Tunis on Dec. 10. President Saied now confronts a bigger challenge: The big national labor union confederation leader on Dec. 3 said there was no reason to hold elections called for by a constitution that itself was not popular. The labor union confederation had been slow to challenge the president since he dismissed parliament and took over the government in 2021.

The Dec. 3 remarks were the most direct attack yet from the union leadership. Strikes the confederation mobilized in recent years slowed activity in some sectors of the economy. The labor challenge to Saied comes at a sensitive moment. The International Monetary Fund (IMF) board is set to examine the proposed $1.9 billion agreement with Tunisia on Dec. 19, and the labor confederation’s leadership is sharply critical of the outlines of the deal, which would cut subsidies and reform public-sector companies. Amid high inflation and shortages of basic commodities and medicines, the financially pressed government needs the IMF financing. The Dec. 17 election will produce a powerless parliament elected by a small portion of the electorate that will not change much in Tunisia and won’t be able to contribute to stability as the country tries to navigate severe economic difficulties.

Iran’s imminent removal from the UNCSW 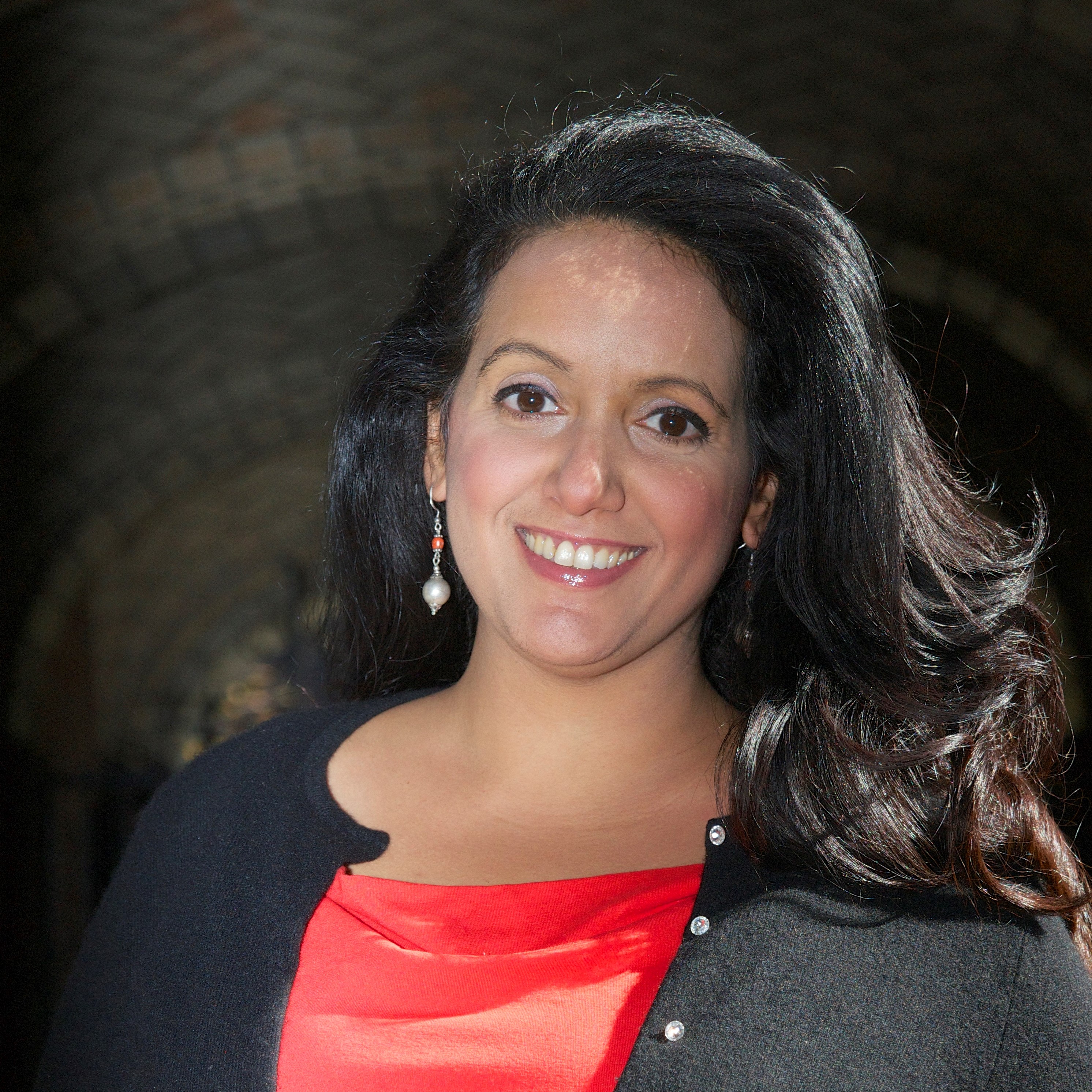 The United States has requested a vote on Dec. 14 to remove the Islamic Republic of Iran from the United Nations Commission on the Status of Women (UNCSW), citing Iran’s poor treatment of half of its population and its crackdown on the women-led protest movement that is demanding regime change. Iran is currently in the midst of a four-year term on the UNCSW that is scheduled to end in 2026. Given the gravity of the Islamic Republic’s abuses, it will most likely be removed from the commission. U.S. Vice President Kamala Harris has been the most vocal advocate for expelling Iran from the UNCSW.

Iran’s membership on the commission, an international body that promotes gender equality and women’s empowerment, has long been contested by human rights advocates, who have criticized its use of the U.N. as a platform to spread its propaganda. But discussions on removing Tehran began only after the brutal killing of Mahsa Amini at the hands of the so-called morality police and the regime’s attempt to cover it up, which provoked nationwide peaceful protests demanding accountability and justice. The subsequent violent crackdown on the demonstrations, which killed at least 500 young protesters in less than two months, including young women and children, led to growing calls from inside the country to replace the regime as well as appeals to Western governments to cut their ties with Tehran.

Iran has long had a dismal women’s rights record but has often promoted female loyalists who support its system to back its claims that it endorses the UNCSW’s values. In reality, the Islamic Republic has continued its oppression of women through various methods, including enforcing the “compulsory hijab” codified by law. It has empowered the morality police to conduct arrests to implement the hijab law and jailed dozens of women for peacefully protesting it. Iranian activists have raised awareness of the Islamic Republic’s repeated abuses in enforcing these laws, which have led to what they describe as a “gender apartheid” state.

The Islamic regime has criticized the campaign to remove it from the UNCSW, calling it “dangerous” and antithetical to the principles of the U.N. Charter. In a letter to the U.N. secretary general, Iran’s envoy to the U.N., Amir Saeid Iravani, warned that if the U.S.-spearheaded move were to succeed, it would set a precedent within the organization and sow doubts about the principle of equality among U.N. member states. But Washington is, in fact, responding to calls from female advocates and leaders inside Iran and in the diaspora who believe that Iran’s continued membership in the UNCSW obfuscates the reality under which they live.

Moreover, Iran’s claims are difficult to accept given its treatment of female protesters and inaction in holding those responsible for abuses accountable. Amnesty International has pointed to examples such as killings of children, while other reports provide evidence that women have been deliberately targeted and shot in the eyes and genitals by pellets, causing permanent damage.

These accounts of state abuse against women prove that the regime is not serious about respecting either women’s rights or human rights more broadly. The removal of Iran from the UNCSW will make it clear that members that do not endorse its values should not be allowed to serve on the commission and use it to disseminate their propaganda. 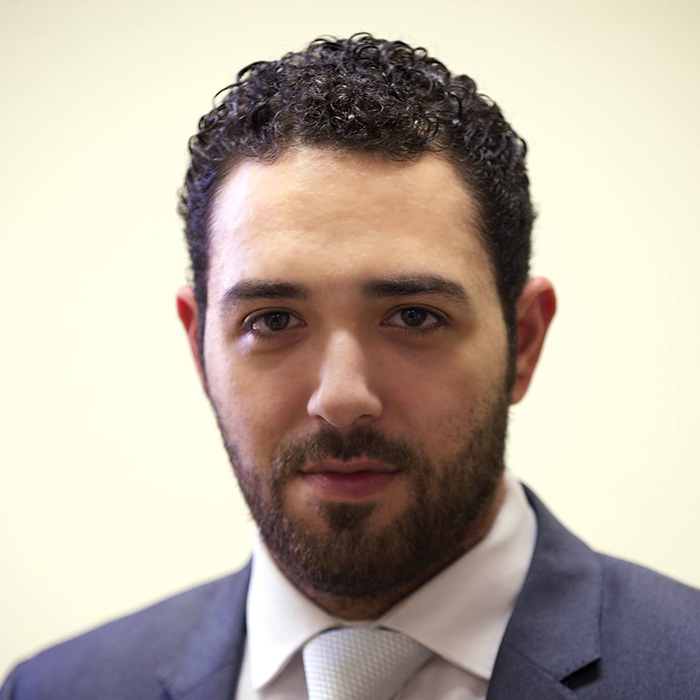 An unprecedented energy crisis has forced authorities in Damascus to shut down schools and services amid dwindling supplies of fuel for heating and transport. A decline and delay in Iranian oil shipments after Damascus struggled to pay amid high global prices has suddenly paralyzed government-held areas. Institutions have stopped functioning as employees grapple with scarce alternative means of transport, and bakeries and shops in the private sector have halted their activities, as black market fuel prices soar.

Syrian ministers decided to cancel employment on all Saturdays and cease overtime until the end of the year, in addition to announcing an extra two-day holiday to conserve energy supplies by requesting employees work from home. The Syrian football league has been postponed as teams could not organize transport for the games. The badly impacted public transportation system is just the tip of the iceberg, as the crisis has wreaked havoc with daily life in the country. The economic situation continues to steadily worsen: The Syrian pound fell to 6,000 to the U.S dollar over the weekend, a record low and a stark sign of the now-normal rampant inflation.

The lack of funds is so palpable that the Syrian Central Bank had to issue a statement categorically denying a rumor of delays in paying the salaries of state workers for the coming months, stressing the availability of sufficient liquidity to cover payments. The harsh, biting winter has left many cold and struggling, however: In rural Damascus only 46% of the population has received any subsidized diesel allowance for heating, when usually — even during the worst fighting — families would receive several batches of fuel at a generally low, state-supported rate. The fuel crisis has prompted an intense crackdown by authorities, who are under increasing pressure to keep the crippled services industries afloat. For trading in fuel at an inconsistent price a petrol station in Hama was fined 38 million Syrian pounds ($6,200) and another two stations were closed for a period of 90 days for “violating the diesel trade.”

Exposing fuel corruption is now a new trend. The Executive Office of the General Federation of Workers decided — in rare circumstances — to relieve the head of the Aleppo Governorate Workers’ Union, Ibrahim Zaki al-Nayef, of his duties. A gas station in the eastern countryside of Aleppo owned by Nayef’s family was seized after inconsistencies in fuel allocation. An estimated 27,000 liters of gasoline were missing, and a fine of 511 million Syrian pounds ($85,000) was promptly issued. Non-subsidized gasoline is now also set to be further monopolized by Syria’s elite as a government-vetted seller, B.S. Oil Services Company, a Lebanese subsidiary of Katerji International Group, was given a dispensation to sell non-subsidized gasoline. The group is owned by one of Syria’s renowned business elite. With a worsening winter on the horizon, Syria’s cold weather will be even harder to deal with as the energy situation continues to deteriorate.