A net-zero Saudi Arabia? Not so fast 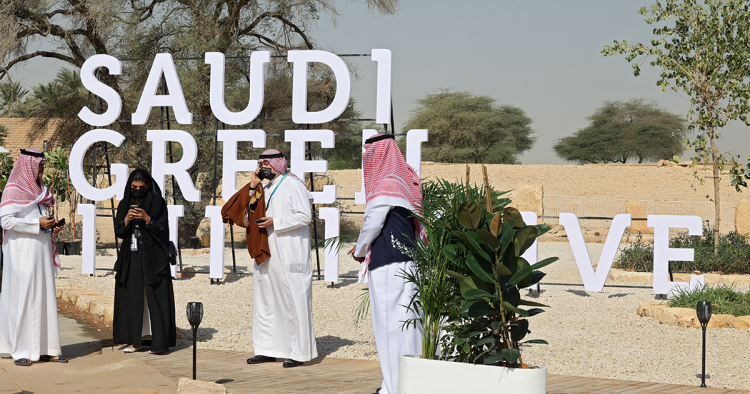 This article was co-authored by Jim Krane and MEI Senior Fellow and Founding Director of the Program on Economics and Energy Karen E. Young for Al-Monitor.

Saudi Arabia told the world Oct. 22 it would eliminate or offset its greenhouse gas emissions by 2060, the same target the Chinese government has set.

The gargantuan task of decarbonizing Saudi Arabia is evident in a single statistic: The kingdom is the world No. 4 consumer of oil. That is way out proportion to its economy, the world’s 20th biggest, and its population, ranked 41st.

A serious net-zero ambition would require a total overhaul of a fossil fuel-driven society and economy in less than four decades. Sweeping changes would affect consumption, almost certainly requiring a revocation of a range of fuel and utility subsidies.

The transformation would upend the kingdom’s electricity generation, with the construction of new solar power plants along with storage, charging and a deepened grid to electrify the kingdom. The old business would still have a role, as Saudi oil and gas can be reserved for use as an industrial feedstock or an export commodity.

But the payoff would be huge. For a kingdom struggling to retain geostrategic importance as the world’s central banker of oil, a serious commitment to decarbonization would revitalize the kingdom’s influence, giving it credibility required to shape the energy transition in ways that could ensure long-term roles for hydrocarbons.