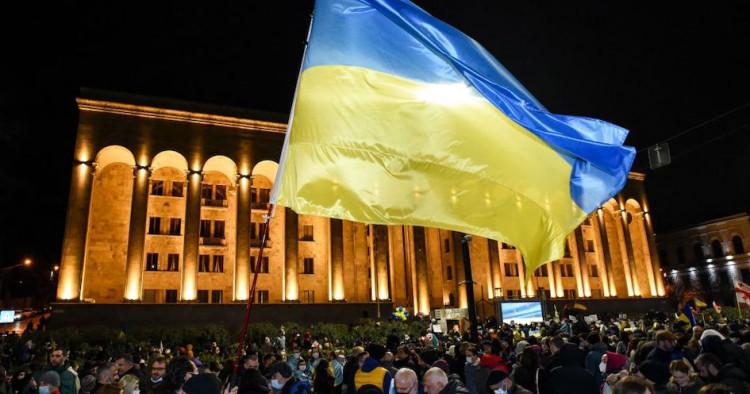 Watch for a second front in the Ukraine war. Vladimir Putin is pressuring Belarusian dictator Alexander Lukashenko to bring his troops into the fight.

Until now, the prospects for this have been slim. The war is unpopular in Belarus, and top military commanders apparently doubt the wisdom of direct intervention (Belarus has been helping Russia with airbases and hospitals).

But if Russian forces stall in the east, watch for the Kremlin to take the war back to the west of Ukraine. The United States must eliminate this option now.

The beautiful cultural city of Lviv near the Polish border may well become a prime target. Last month when I was there, streets were dotted with men in military uniforms. Some were foreign volunteers — I heard American, British and Australian accents. The atmosphere remains sober.

We tried to order a beer at an outdoor cafe, but it was after 6 p.m., and while the fighting may be concentrated in the east, in the west there’s still curfew, alcohol restrictions and missile terrorism. Places like Lviv and Kyiv face four to five air-raid sirens a day.

The entire country needs more air defense. And fighter jets. This has been a constant refrain from our Ukrainian friends. At the end of June, a Russian missile struck a military base just west of Lviv near the Polish border. Are we ignoring wake up calls?

Lviv is preparing for war. Ukraine is mining its border with Belarus. Lviv’s mayor recently held “an operational” meeting with civilian and military leaders and is establishing defense headquarters in each of the city’s districts. Counterterrorist defense units training to be ready for round-the-clock duty. Ukraine’s foreign ministry has stepped up its warnings to Minsk.