A Peace-Maker's Case For Designating The Houthis 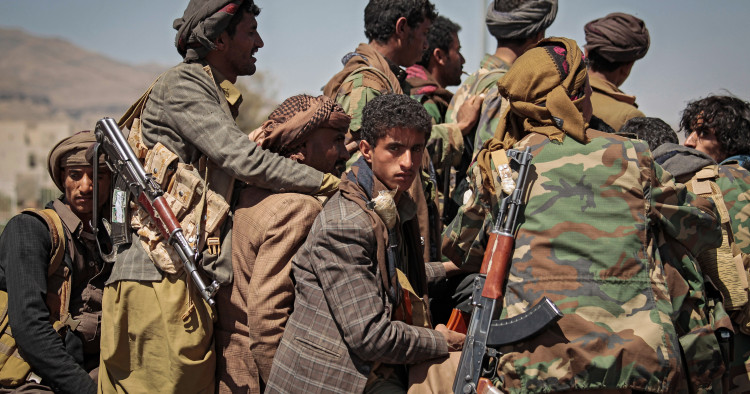 When the facts change, it is incumbent on us to reconsider our opinions. In 2020, when the Trump administration designated the Houthi movement in Yemen as a foreign terrorist organization, I raised my hand to object, penning a letter to then-Secretary Pompeo with a group of my colleagues . The letter, which was ultimately signed by nearly 100 former U.S. diplomats and military officers, argued that a designation would do little harm to the Houthis but would endanger the well-being of millions of innocent Yemeni civilians. Unfortunately, things have changed. The past year has demonstrated that the Houthis will not return to the negotiating table until they accept that there is no alternative to a political resolution.

The civil war in Yemen is well into its eighth year with no end in sight. It is imperative that the United Nations, with the United States and other key powers in support, do more to end the suffering and begin the long process of rebuilding and reconstructing Yemen. But that work cannot begin until there is a common understanding of what the obstacles are to achieving a peaceful resolution. In particular, what tools can and should the United States use to pressure the Houthis and overcome their resistance to negotiations?

Unfortunately, much of the recent analysis in Washington misinterprets the facts on the ground as well as the state of efforts needed to end the conflict. In a particularly ill-timed report, Bruce Riedel asserted that, “the Houthis have won the war in Yemen, defeating their opponents in the civil war, the Saudis who intervened in the war against them, and the United States, which backed the Saudis.” Unfortunately, the article came out nearly simultaneously with reports that the Houthis had suffered a significant military defeat in Shabwa governorate and were losing ground in the strategically important Marib governorate. Their “victory” in the conflict is far from decided. Nor should the United States view with equanimity the potential for a Houthi military victory. As a member of Iran’s “axis of resistance,” uncontested Houthi control of Yemen would pose an enduring challenge not only to the well-being of the Yemeni people but also to vital U.S. interests, including stability in the Arabian Peninsula, freedom of navigation in the Red Sea and Bab al-Mandeb, and even to Israeli security as the Houthis expand their missile and drone capabilities to reach as far as southern Israel.

Continue on War On The Rocks