Raisi and the Revolutionary Guards 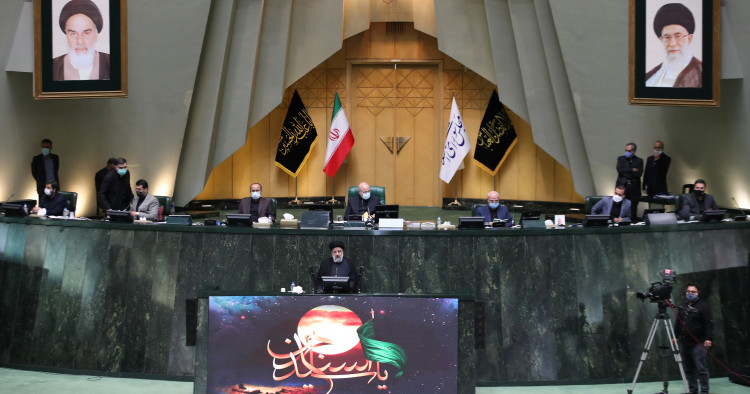 This article originally appeared on “The Iran Primer.”

Under President Ebrahim Raisi, the Islamic Revolutionary Guard Corps (IRGC) is poised to exert greater control over Iran’s national security agenda and economy. Several of his ministers and advisors were members of the IRGC or have connections to it.

Founded in 1979, the IRGC is tasked with protecting the Islamic system of government from foreign and domestic enemies. It first quelled domestic uprisings and then defended the nation against Iraq’s invasion in 1980. The IRGC’s elite Qods Force is responsible for operations abroad, including managing relationships with proxy militias. The IRGC reportedly has greater access to budgetary resources than the Artesh, the conventional military.

The IRGC has also become one of the most important players in Iran’s economy. After the 1980-1988 war with Iraq, the IRGC got involved in reconstruction and won lucrative government contracts, often with no competition. Its expansion into new sectors of the economy accelerated under President Mahmoud Ahmadinejad (2005-2013), a former member of the IRGC.

Raisi lauded the IRGC’s involvement in non-military matters before becoming president. “The IRGC has excelled in every field it has entered, including security, defense, services and construction, both internationally and domestically,” he said in March 2021, when he was chief of the national judiciary. The IRGC and its affiliated companies stand to gain from new contracts from Raisi’s government.

Raisi’s appointments signaled a shift from his predecessor, Hassan Rouhani, who wanted to keep the IRGC out of the political realm. Rouhani also tried to curtail the IRGC’s outsized role in the economy. A leaked interview with Rouhani’s foreign minister, Mohammad Javad Zarif, revealed the depth of the power struggle between the IRGC and Rouhani’s government.

Unlike the seven previous presidents, Raisi did not lead a political faction. He has spent almost his entire career in the judicial branch, so he does not have his own constituency within the regime. His inner circle has largely consisted of individuals connected to the Office of the Supreme Leader or the IRGC. He may rely on his connections to the IRGC to achieve his policy priorities or align his agenda with the IRGC.

Some of Raisi’s appointments reflected a preference for the IRGC old boys’ network over technocrats with proven competence. Raisi’s 19 cabinet nominees did not include any women or religious minorities. But four were IRGC members:

Qassemi was a particularly controversial selection. He was the IRGC Qods Force’s deputy commander for economic affairs before he was confirmed by Parliament. Qassemi was sanctioned by the U.S. Treasury in 2019 for overseeing a large oil smuggling network. He previously served as oil minister under Mahmoud Ahmadinejad from 2011 to 2013. During his tenure, the ministry reportedly awarded oil and gas contracts to companies with ties to the IRGC. But sometimes the companies were unable to implement the financial and technological aspects of large projects.

Raisi’s pick for vice president of economic affairs, Mohsen Rezaei, has little experience with economic planning. He has a doctorate in economics but is better known as the longest-serving IRGC commander. During his tenure from 1981 to 1997, the IRGC took on construction projects and became increasingly involved in the economy.