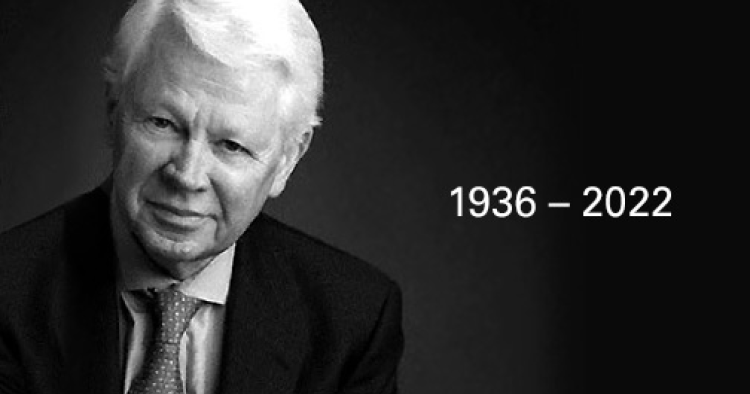 It is with great sadness that we received the news of the passing of former MEI board member Mr. Joseph Brand, who died at his home on December 17th 2022.  Mr. Brand served on the board from 1996-2014 and over the course of almost two decades, he worked to transform MEI into the leading Middle East think tank in the United States. Mr. Brand was deeply supportive of MEI and its mission, and helped to onboard and mentor many current and past members of the Institute’s Board of Governors.

Outside of MEI, Mr. Brand was a renowned lawyer who specialized in international law and foreign affairs around the globe. He helped negotiate deals and advise companies on almost every continent, including multiple portfolios in the Middle East. In addition to his role at MEI, Mr. Brand taught the core curriculum course in comparative law at his alma mater, George Washington University Law School, for more than ten years, served as vice chairman of the Board of Trustees of the George Washington University and as a member of the Board of Trustees of the American University of Sharjah in the United Arab Emirates. In his personal life, Joe was an avid reader, lover of the opera, world traveler, museum goer, and art and food connoisseur.

We are deeply saddened by his loss, and extend to his friends and family our sincerest condolences.  A memorial service was held at the George Washington University on January 2, 2023. In keeping with Joe's charitable spirit, the family is requesting that any donations be made to the Joe Brand Human Rights Fellowship Fund c/o Squire Patton Boggs Foundation, attn: Robert Anderson, Treasurer, 2550 M Street NW, Washington, DC 20037.