Syria: The most important issues are not yet on the table in Geneva 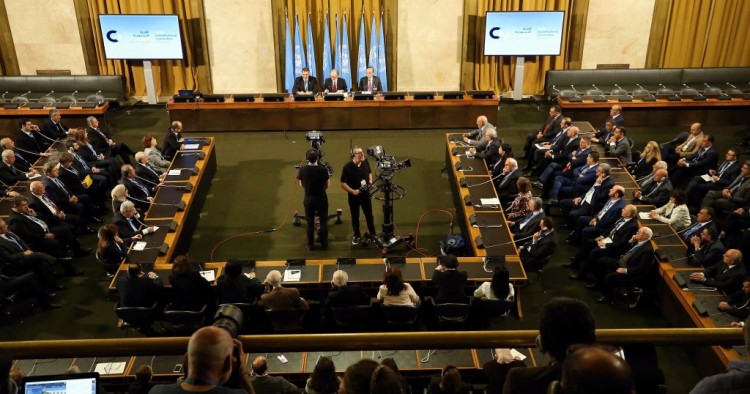 The Syrian Constitutional Committee convened for three days in Geneva last week. Facilitated by the UN, it aimed to generate a new constitution for Syria based on UN Security Council Resolution 2254. The committee was made up of a total of 150 participants, representing equally the regime, the opposition, and civil society. Fifteen members of each of the three groups were chosen to serve on the drafting committee, which will continue its work in Geneva this week.

Although a significant part of the meeting was ceremonial, it was the first time that the three groups met in one room in an effort to come up with a way forward for Syria. Nevertheless, the differences among the groups continue to dominate the conversation.

The main points raised by the opposition delegation were the structure of government, presidential powers, and the release of detainees as a confidence-building measure. By contrast, the regime delegation focused on “fighting terrorism” and lifting sanctions.

The civil society representatives highlighted the humanitarian situation in Idlib, the detainee issue, and the importance of inclusion, and demanded that human and women’s rights be a priority in the new constitution.

It is clear that there is an international consensus that the talks should continue. While the committee may be able to generate pressure on the regime for reforms, there is a high likelihood that it could be used as a means of rehabilitating Bashar al-Assad in the international community.

There is legitimate doubt about how long the committee will last, and what guarantees exist for ensuring the implementation of a new constitution. If the committee does not address the oppressive security and military apparatus, which are the primary root causes of the Syrian crisis, then its work will not actually effect change in Syria — and so far, reforms of those two sectors are not yet on the table.

Ibrahim al-Assil is a Middle East analyst and commentator and a non-resident scholar at both MEI and the Orient Research Center in Dubai.