The Syria Study Group gets the problem right, but falls short on solutions 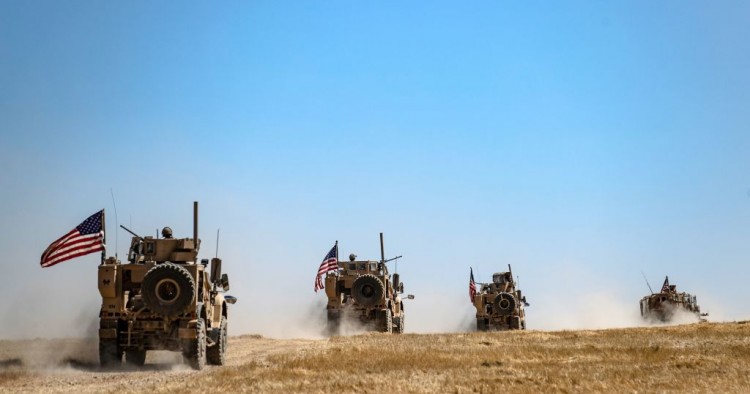 In its final report, the congressionally-mandated Syria Study Group (SSG) provided a bleak but wholly realistic assessment of the state of the crisis in Syria. As I wrote in July, the conflict isn’t winding down; Bashar al-Assad has not won the war; ISIS and al-Qaeda remain real and present threats; Iran continues to entrench itself in dangerous ways; Russia is successfully exploiting its preeminence in Syria to undermine U.S. credibility and influence in the region; and Assad has shown no sign of reform or success in stabilizing so-called “reconciled” communities. The roles of Turkey and Israel both present potentially intractable challenges to Syrian stability; Syria’s economy is in pieces and the country itself is destroyed; and the humanitarian crisis shows no sign of ending. All of these issues and more represent threats to U.S. interests: in Syria, in the Levant, across the Middle East, globally, and even at home.

Not only did the SSG’s report accurately describe the ongoing crisis as it relates to U.S. interests, it also made it clear that “few things have undermined American influence in Syria more than the impression of uncertainty. The United States has stepped back wherever it had leverage … ceding that leverage to adversaries.” That’s a bold, but entirely justified statement of criticism — aimed at both the Trump and Obama administrations. Syria matters in hugely significant ways to U.S. interests; the past eight years really ought to have taught us that. But at key points in the conflict, the U.S. has blinked, misjudging dynamics and failing to back up ends with necessary means. Few things have been more damaging that Barack Obama’s failure to follow through on his red line on chemical weapon use in August 2013 and Donald Trump’s December 2018 directive to withdraw troops when territorial victory against ISIS was within grasping distance.

As impressive as it was in its identification of the challenges and of U.S. interests in engaging with them, the SSG falls short when it comes to policy prescriptions. Despite clearly identifying the “means and ends” gap as one of two core problems with U.S. policy in Syria, the “recommendations” suggested by the SSG differ little, if at all, from those already in place. In reading the whole SSG report — and reviewing developments in Syria in recent months and years — it is patently clear that the strategy in place today is insufficient to achieve stated goals and to protect U.S. interests. With time, a resulting decline in U.S. credibility in Syria means U.S. strategy is also unsustainable.

The SSG report appears to acknowledge why it did not go further in its policy proposals by blaming “little domestic appetite,” but that’s a cop-out. To take but one policy example of many, the SSG calls on the government to “halt its military withdrawal” from Syria, but not to return to pre-withdrawal levels. One thousand troops (today’s approximate levels) are far from sufficient to sustain meaningful and simultaneous train-and-equip, counter-insurgency, counter-terrorism, border management, self-defense, and deterrence campaigns across a third of Syria. Triple that number and we might be on more realistic grounds. Would the U.S. public take noticeable interest in returning to a force level that it took little if any interest in when it was in place between 2014 and 2018? Unlikely. The obstacle to an effective and sustainable Syria policy is not the U.S. public; it’s President Trump. By refusing to confront that fact — something a vast majority of policymakers currently in government admit in private — means we guarantee eventual policy failure.