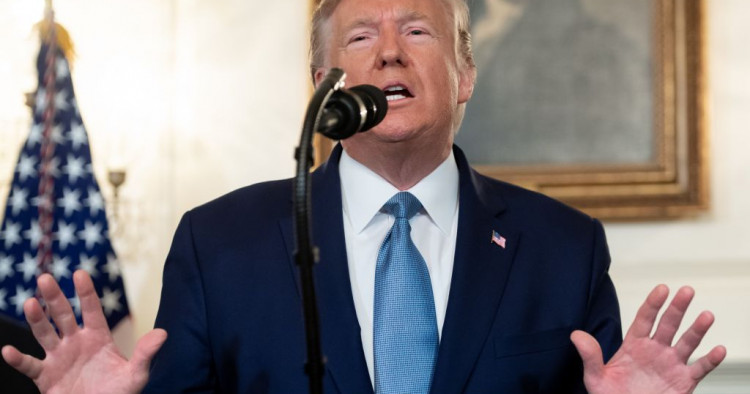 On September 14, 2019, Iran struck Saudi Arabia’s oil facilities in Khurais and Abqaiq from its own territory using twenty-five drones and cruise missiles. The attack represented the single largest disruption of daily oil supply in history. Never in the troubled history of Saudi-Iranian relations since 1979 had the Iranians assaulted the Saudis in such a direct, brazen, and destructive fashion.

The complex operation was a shock to the Saudis, to the Americans, and to all those (not few) who assumed such an act of overt aggression by Iran against any Gulf Arab nation was unthinkable in the presence of a powerful and forward-deployed U.S. military deterrent in the Gulf.

The Trump administration not only failed to deter but also to respond to Iran’s belligerence, thus casting doubt on the viability of the 1980 Carter Doctrine and its subsequent “Reagan Corollary,” both of which guaranteed the security of Saudi Arabia and other Gulf Arab partners. After all, the chief purpose of the continued presence of hundreds of thousands of U.S. troops and materiel in the region was precisely to prevent these kinds of conventional attacks.

In an insightful 2019 essay, Hal Brands, Steven Cook, and Kenneth Pollack argued that by letting Iran’s 2019 raid go unpunished then-President Donald Trump “deserted” the Carter Doctrine and undercut “the central premise of U.S. strategy in the Persian Gulf.” The authors made a valid point but missed a crucial part of the story: the position and interests of the one country that was actually the target of Iran’s violence—Saudi Arabia. All eyes were on the Americans, understandably, and how they were going to respond to the attack. Yet nobody paid much attention to the Saudis and tried to understand how they were weighing their options after they were hit. It was as if they had no voice or agency.

Many in Washington assumed that the Saudi leadership was furious with the United States for refusing to use military force against Iran. The Saudis were out for blood, the thinking was, and they were begging their friends in the Trump administration to take revenge.

Yet all of that was far from the truth.