Why Turkey is flexing its muscles abroad 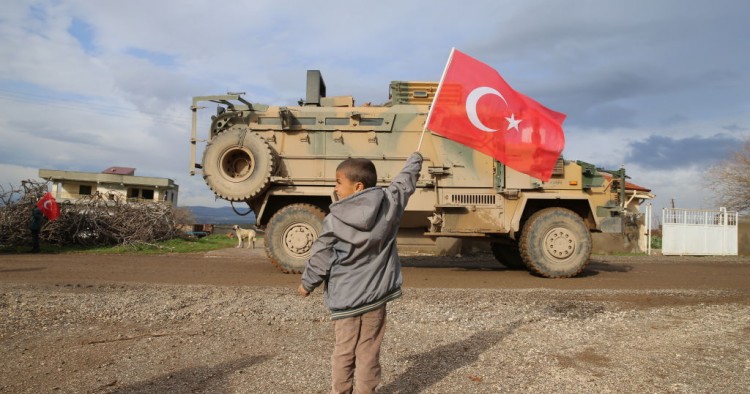 Immediately after a long-simmering conflict in the South Caucasus burst into open warfare late last month, Turkey came to the aid of its Turkic allies in Azerbaijan. It has supplied arms and, allegedly, fighters transferred from Syria, although that has been denied in Ankara.

Unlike most outside powers that called for an immediate ceasefire, Turkish President Recep Tayyip Erdogan told Azerbaijan President Ilham Aliyev to fight on.

The Caucasus is only the latest venture for a more muscular Turkey, whose military engagements have stretched from Syria across the Mediterranean.

Where has Turkey become involved?

In the last few years, Turkey has:

Turkey also has a military presence in Qatar, Somalia and Afghanistan and maintains peacekeeping troops in the Balkans. Its global military footprint is the most expansive since the days of the Ottoman Empire.

Turkey's reliance on hard power to secure its interests is the cornerstone of its new foreign policy doctrine, in the making since 2015.

The new doctrine is deeply suspicious of multilateralism and urges Turkey to act unilaterally when necessary.

It is anti-Western. It believes that the West is in decline and Turkey should cultivate closer ties to countries such as Russia and China.

It is anti-imperialist. It challenges the Western-dominated World War Two order and calls for an overhaul of international institutions such as the United Nations, to give voice to nations other than the Western countries.

The new foreign policy doctrine views Turkey as a country surrounded by hostile actors and abandoned by its Western allies.

Therefore, it urges Turkey to pursue a proactive foreign policy that rests on the use of pre-emptive military power outside its borders.

This is a far cry from Turkey's previous focus on diplomacy, trade and cultural engagement in its relations with other nations. The change is a function of several domestic and international developments.