By, With, and Through: A Closer Look at CENTCOM's Approach in the Middle East 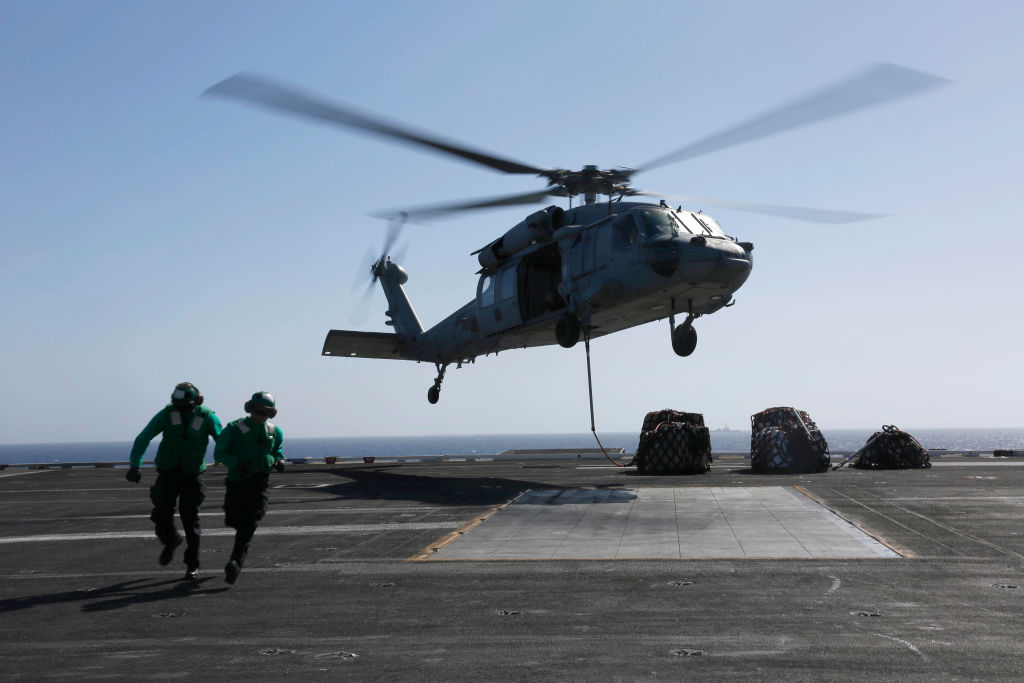 The effective prosecution of America's new global priority of competing with China and Russia requires the reallocation of U.S. military resources from the Middle East to the Indo-Pacific region and elsewhere. This in turn places a higher premium on U.S. security cooperation with partners in the Middle East.

U.S. Central Command (CENTCOM)'s "By, With, and Through" approach can help further the goals of security cooperation and specifically develop closer ties with partner forces in the region. But is it working? And if it isn't, what are the main challenges both at home and abroad, and what will it take to generate better results?

The Middle East Institute (MEI) is pleased to convene a panel of experts to reflect on this subject. Bilal Y. Saab, MEI's Senior Fellow and Director of the Defense and Security Program, will discuss some of the key findings of an upcoming publication in the 2019 Fall issue of The Washington Quarterly entitled, "Broken Partnerships: Can Washington Get Security Cooperation Right?." He will be joined by General Joseph Votel, former CENTCOM Commander and currently a nonresident distinguished senior fellow at MEI; Dana Stroul, senior fellow in The Washington Institute's Beth and David Geduld Program on Arab Politics; and Kenneth Pollack, author of Armies of Sand: The Past, Present, and Future of Arab Military Effectiveness and a resident scholar at the American Enterprise Institute. The conversation will be moderated by Eric Schmitt of the New York Times.

Bilal Y. Saab is a senior fellow and director of MEI’s Defense and Security Program. He is a political-military analyst on the Middle East and U.S. policy toward the region. He specializes in the Levant and the Gulf, and focuses on security cooperation between the United States and its regional partners, and national security and defense processes in Arab partner countries. Prior to MEI, Saab served as Senior Advisor for Security Cooperation (SC) in the Pentagon’s Office of the Secretary of Defense for Policy, with responsibilities for U.S. Central Command (CENTCOM). In his capacity as the Department of Defense’s lead on security cooperation in the broader Middle East, Saab supported the Under Secretary of Defense for Policy's responsibility for SC oversight by leading prioritization and strategic integration of SC resources and activities for the USCENTCOM Area of Responsibility. Saab is a term member (2016-2021) with the Council on Foreign Relations (CFR) and a recipient of the International Affairs Fellowship (2018-2019) with CFR. A prolific and widely published author in peer-reviewed academic and policy journals including the print editions of The Washington Quarterly, Studies in Conflict and Terrorism, American Interest, and The National Interest and the online editions of Foreign Affairs and Foreign Policy, Saab is often called upon to brief and testify before various executive and legislative agencies in the U.S. government and other governments around the world. He regularly provides commentary to international media outlets including CNN, NPR, PBS Newshour, Reuters, Washington Post, and New York Times.

General (ret.) Joseph Votel is a distinguished senior fellow on national security at MEI. He retired as a four-star general in the United States Army after a nearly 40-year career, during which he held a variety of commands in positions of leadership, including most recently as commander of U.S. Central Command (CENTCOM) from March 2016 to March 2019. In his role at CENTCOM, Gen. Votel oversaw military operations across the region, including the campaign against ISIS in Iraq and Syria. Before CENTCOM he was the commander of the U.S. Special Operations Command (SOCOM) and the Joint Special Operations Command (JSOC). He was the commander of the 75th Ranger Regiment when they deployed to Afghanistan in 2001 and Iraq in 2003. While assigned to the Pentagon, he organized the original IED Task Force that eventually grew into the Joint Improvised-Threat Defeat Organization (JIDO). During his military career, Gen. Votel gained extensive operational experience across the Middle East, Levant, Central and South Asia, Northern Africa, and the Horn of Africa. He was awarded numerous medals of service including three Defense Distinguished Service Medals, an Army Distinguished Service Medal, three Defense Superior Service Medals, two Legion of Merit medals, and four Bronze Star Medals.

Dana Stroul is a Senior Fellow in The Washington Institute's Beth and David Geduld Program on Arab Politics. She previously served for five years as a senior professional staff member on the Senate Foreign Relations Committee, where she covered the Middle East, North Africa, and Turkey. In that capacity, she played a central role in the oversight of the State Department and the U.S. Agency for International Development, which included overseeing U.S. foreign assistance and weapons sales, as well as crafting relevant legislation. In 2019, Stroul served as co-chair, alongside her Washington Institute colleague Michael Sing, of the bipartisan Syria Study Group, which released its final report on U.S. policy toward the conflict in Syria in September. Before working on Capitol Hill, Stroul served in the Middle East policy office of the Secretary of Defense. From 2008 to 2013, she focused on a range of topics including U.S.-Egypt relations, the U.S. military drawdown in Iraq,  and a review of U.S. government policies and programs in the aftermath of the Arab Spring. In addition, Stroul also worked at the U.S. Embassy in Cairo on economic-political affairs, at the U.S. Institute of Peace on civilian-military relations in Iraq, and at the National Democratic Institute on Gulf Affairs.

Kenneth M. Pollack is a resident scholar at the American Enterprise Institute (AEI), where he works on Middle Eastern political-military affairs, focusing in particular on Iran, Iraq, Saudi Arabia, and the Gulf countries. Before joining AEI, Dr. Pollack was affiliated with the Brookings Institution, where he was a senior fellow at the Saban Center for Middle East Policy. Before that, he was the center’s director and director of research. Dr. Pollack served twice at the National Security Council, first as director for Near East and South Asian affairs and then as director for Persian Gulf affairs. He began his career as a Persian Gulf military analyst at the CIA, where he was the principal author of the CIA’s classified postmortem on Iraqi strategy and military operations during the Persian Gulf War. Among other recognitions, Dr. Pollack was awarded the CIA’s Exceptional Performance Award twice and the Certificate of Distinction for Outstanding Performance of Duty, both for work on the Persian Gulf War. Dr. Pollack has also worked on long-term issues related to Middle Eastern political and military affairs for the Joint Chiefs of Staff when he was a senior research professor at the Institute for National Security Studies at the National Defense University. Dr. Pollack is the author of numerous articles and has been published in The Washington Post, The Wall Street Journal, The New York Times, Foreign Affairs, and The Atlantic, among others and has authored ten books, including his latest, Armies of Sand: The Past, Present, and Future of Arab Military Effectiveness.