The Middle East Institute (MEI), together with National Building Museum and the British Council, is pleased to host artist Tania El Khoury for a discussion about her works, the use of interactive mediums, and the importance of utilizing art to tackle sensitive issues.

Tania El Khoury will discuss her interactive and immersive works which engage audience members as active participants. Her art documents everyday life and provokes discussion about current issues, personal histories, and the politics of public and personal space. El Khoury is co-founder of Dictaphone Group, a Beirut-based research and live art collective aiming at reclaiming public space. El Khoury will show excerpts from her current and previous work.

The conversation will be moderated by Honey Al-Sayed, an award-winning Syrian journalist with a wide range of expertise in media, arts and culture. She is currently an adjunct professor at the School of Foreign Service at Georgetown University, where she teaches a course titled Media, Arts, and Culture: Fueling War or Creating Peace?

Honey Al-Sayed (Moderator)
Adjunct Professor, Georgetown University
Honey Al-Sayed is an accomplished bilingual communications professional and award-winning journalist. She has a wide range of expertise in media, arts, and culture, as well as public speaking, coaching, and media training. After the outbreak of the Syrian uprising, Al-Sayed relocated to the United States and co-founded SouriaLi– an independent nonprofit online radio network where she worked as a producer, host, and media consultant.  She was a Creative Consultant on Red Lines (Spark Media, 2014), a new independent documentary which has garnered numerous accolades, including Best Documentary Feature, Peer Gold, Accolade, and Human Rights awards. She is regularly invited by prominent think tanks, organizations, and universities to discuss women’s empowerment and the role of media and the arts in catalyzing social change and peacebuilding. She is currently an adjunct professor at the School of Foreign Service in the Culture and Politics department at Georgetown University. 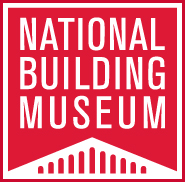