Book Launch | Oil and the Political Economy in the Middle East 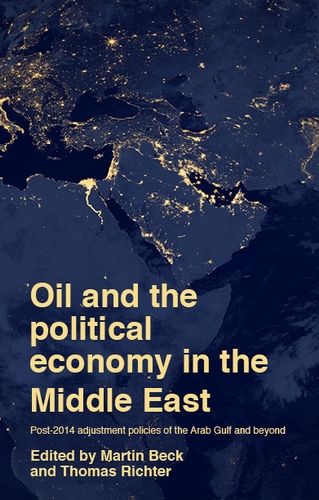 Following the Arab Spring uprisings, the 2014 downward slide in the global price of crude oil marks a second major shock for the Middle East in the 21st century. It had major repercussions across the region for oil exporters, as well as for importers connected to oil-producing countries from the Gulf. The decline has continued to impose constraints, but also opportunities for policy adjustment strategies potentially leading to strengthened political economies throughout the region.

A recently published volume, Oil and the Political Economy in the Middle East, offers a comprehensive analysis of the Middle Eastern political economy in response to the 2014 oil price decline with timely contributions on the Covid-19 induced price crash in 2020.

The Middle East Institute’s (MEI) Program on Economics and Energy is pleased to launch this book bringing together the two editors and three contributing authors to discuss oil market dynamics and its relation to socio-political changes.

The case for COVID-19 public inquiries for the Arab world