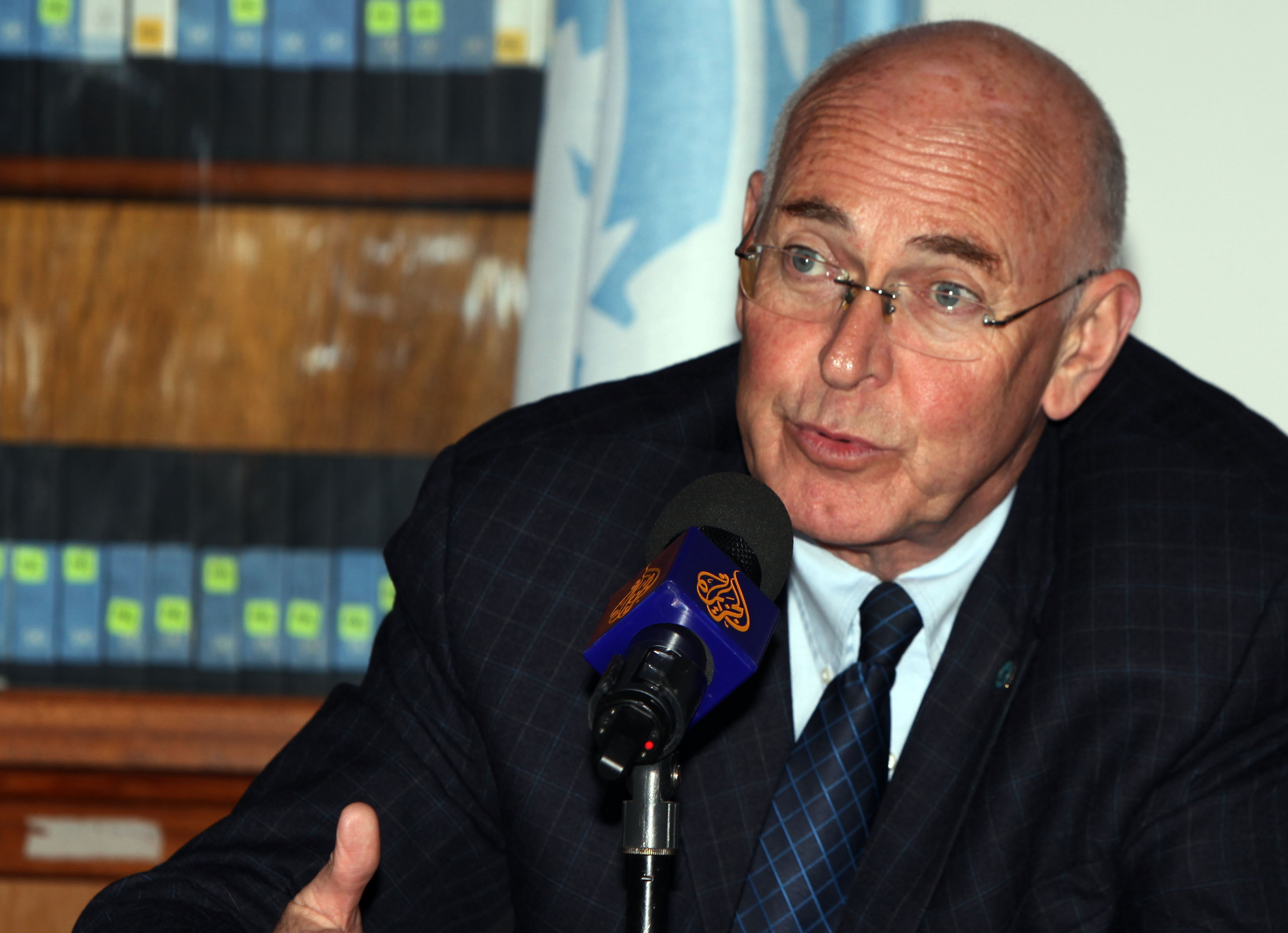 The NATO air operation in Libya was initially regarded as a success and an opportunity to allow a new generation of Libyans to lead the country out of years of dictatorship. Yet that hope for Libya’s future was soon dashed as divisions emerged among various political and ideological actors and armed groups proliferated, giving way to rival governments in the east and west, the emergence of ISIS, and the growing role of external actors in shaping local politics.  In this intractable division, many have come to question the wisdom, validity, and implications of international action in the aftermath of the Libyan uprising.

In All Necessary Measures, Ian Martin revisits the period from February 2011 to the country’s first election in July 2012, addressing pointed questions about the international intervention and the U.N. mandate to provide a more nuanced understanding of that experience. MEI is pleased to host Mr. Martin for a discussion of his conclusions and experience in Libya.

Ben Fishman
Ben Fishman is a Senior Fellow at The Washington Institute and a member of the Program on Arab Politics. He served from 2009 to 2013 on the National Security Council, where he held several posts, including director for North Africa and Jordan, director for Libya, and executive assistant to Ambassador Dennis Ross. As director for Libya, he coordinated U.S. support for Libya’s revolution. Since leaving government, he was a consulting senior fellow at the International Institute for Strategic Studies, where he edited North Africa in Transition: the Struggle for Democracies and Institutions, and he was an adjunct international security and defense policy analyst at the RAND Corporation, where he focused on security challenges to North Africa. Fishman is currently an adjunct assistant professor for security studies at Georgetown University.

Intissar Fakir
Intissar Fakir is a senior fellow and director of MEI’s North Africa and Sahel program. She is an expert on North Africa, the Sahel, and key regional thematic issues including governance, social change, migration, and security. She has written extensively on North Africa’s evolving politics including Islamist electoral politics in post-2011 Morocco and Tunisia, the Western Sahara issue, foreign policy priorities in Morocco and the broader region, and the impact of COVID-19 on regional political stability. Her research has also included political transitions, mobilization trends, energy, and social change in Morocco, Mauritania, Algeria, and Tunisia.

Time to go local in Libya