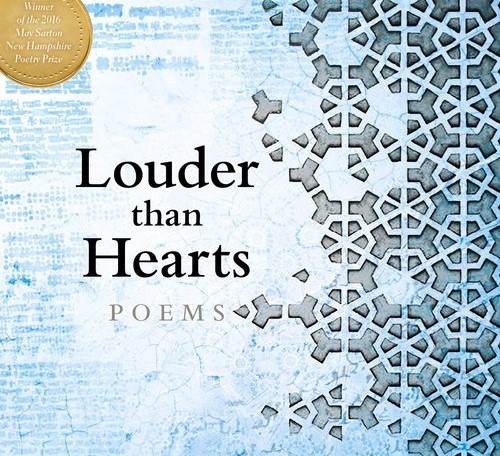 Rooted in Arabic culture, Beck's writings explore topics such as home, exile, identity, female voices and religion. She uses different languages and contexts to create poetry that is emotionally, linguistically, and musically rich and exists at the intersection of the personal and the political, the divine and the profane, the self and the other.

Her poem “Maqam” won Poetry Magazine’s 2017 Frederick Bock Prize and her second full-length collection, Louder than Hearts (April 2017) won the 2016 May Sarton New Hampshire Poetry Prize. The event will be moderated by Zeina Azzam, an accomplished poet, writer, and educator herself.

Zeina Hashem Beck
Award-winning Lebanese poet
Zeina Hashem Beck is a Lebanese poet based out of Dubai. Her second full-length collection, Louder than Hearts, won the 2016 May Sarton New Hampshire Poetry Prize. She’s also the author of two chapbooks: 3arabi Song, winner of the 2016 Rattle Chapbook Prize, and There Was and How Much There Was, a 2016 Laureate’s Choice, selected by Carol Ann Duffy. Her first book, To Live in Autumn, won the 2013 Backwaters Prize. Her work has appeared in Ploughshares, Poetry, the Academy of American Poets, Poetry London, and World Literature Today, among others. Her poem, “Maqam,” won Poetry Magazine’s 2017 Frederick Bock Prize. You can follow her on Twitter @zeinabeck.

Zeina Azzam (moderator)
Publications editor, Arabic Center Washington D.C.
Zeina Azzam is a Palestinian American writer, poet, editor, and community activist. She volunteers for organizations that promote Palestinian human rights and the civil rights of vulnerable communities in Alexandria, Virginia, where she lives. Currently she works as publications editor at Arab Center Washington DC, and previously she served as executive director of The Jerusalem Fund and director of educational outreach at the Center for Contemporary Arab Studies, Georgetown University. Azzam’s poems are or will be published in Pleiades, Heartwood Literary Magazine, Sukoon Magazine, Mizna, The Fourth River, Split This Rock, and six edited volumes including Bettering American Poetry and Making Mirrors: Writing/Righting by and for Refugees. Azzam holds an M.A. in Arabic literature. You can follow her on Twitter @zeina3azzam.