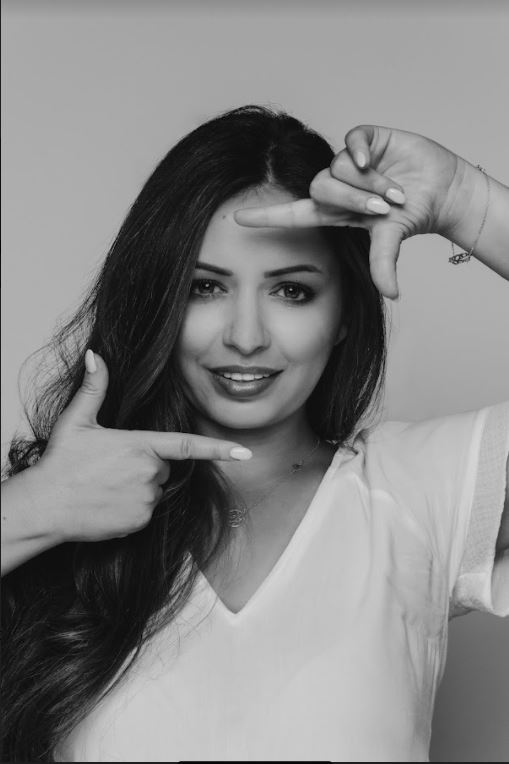 Tima Shomali is director and creator of the acclaimed Netflix miniseries, AlRawabi School for Girls, the second Netflix original series in Arabic. Natour will be discussing with Shomali her career in film and the making of her hit series from its conception to its unique visual style and unforeseen plot twists.

Shomali stood out as a comedian in the Arab world through her boldness and ability to approach societal issues in a new light. She has been named one of the most influential young Arabs in the world by Arabian Business Magazine.

The event marks the third live discussion of Creators’ Corner, an interview series hosted by Natour, in collaboration with MEI. Creators' Corner features conversations with leading Arab and Arab-American actors, comedians, directors, writers and other ground-breaking creators highlighting their important contributions to the global cultural scene.

Tima Shomali is the creator, show-runner and director of the Netflix original series AlRawabi School for Girls.  The series--- described by The New Yorker as “The Netflix Teen Drama That Goes Deeper into the Arab Patriarchy,”--was a frequent top 10 on Netflix in a number of country. In 2011, Tima made her debut as a comedy writer and lead actress in the online comedy show Bath Bayakha. Tima then went on to create the FemaleShow through her company Filmizion Productions. At the time of its release, FemaleShow was the most viewed show in Jordan and has over 95 million views up to date. Tima would later branch out into drama with the TV series Zain. Tima was also one of the hosts of DardaChat on Emirates TV and served as a supervising producer in the groundbreaking Nida's Show on Discovery channel. Tima was named one of the most influential young Arabs in the world by Arabian Business Magazine and dubbed the next "Tina Fey" of the Arab World at the Women in the World Summit in New York. She holds a BA in Business Administration and Finance and an MFA from The Red Sea Institute of Cinematic Arts.

Tima was named as one of the most influential young Arabs in the world by Arabian Business Magazine for the years 2015, 2016 and 2017, She was called the next “Tina Fey” of the Arab World after her participation as a speaker in Women in the World Summit in New York. Tima has a BA in Business Administration and Finance and an MFA from The Red Sea Institute of Cinematic Arts - where she majored in screenwriting and producing.

Rhana Natour is a journalist, host and TV/documentary film producer. Her work has appeared in PBS NewsHour, VICE News and ABC News. At NewsHour she covered national politics, breaking news events and enterprise stories. While at ABC News, Rhana earned an Emmy nomination for the special "Crisis in Syria." In 2013, Rhana helped produce the feature documentary Speed Sisters.