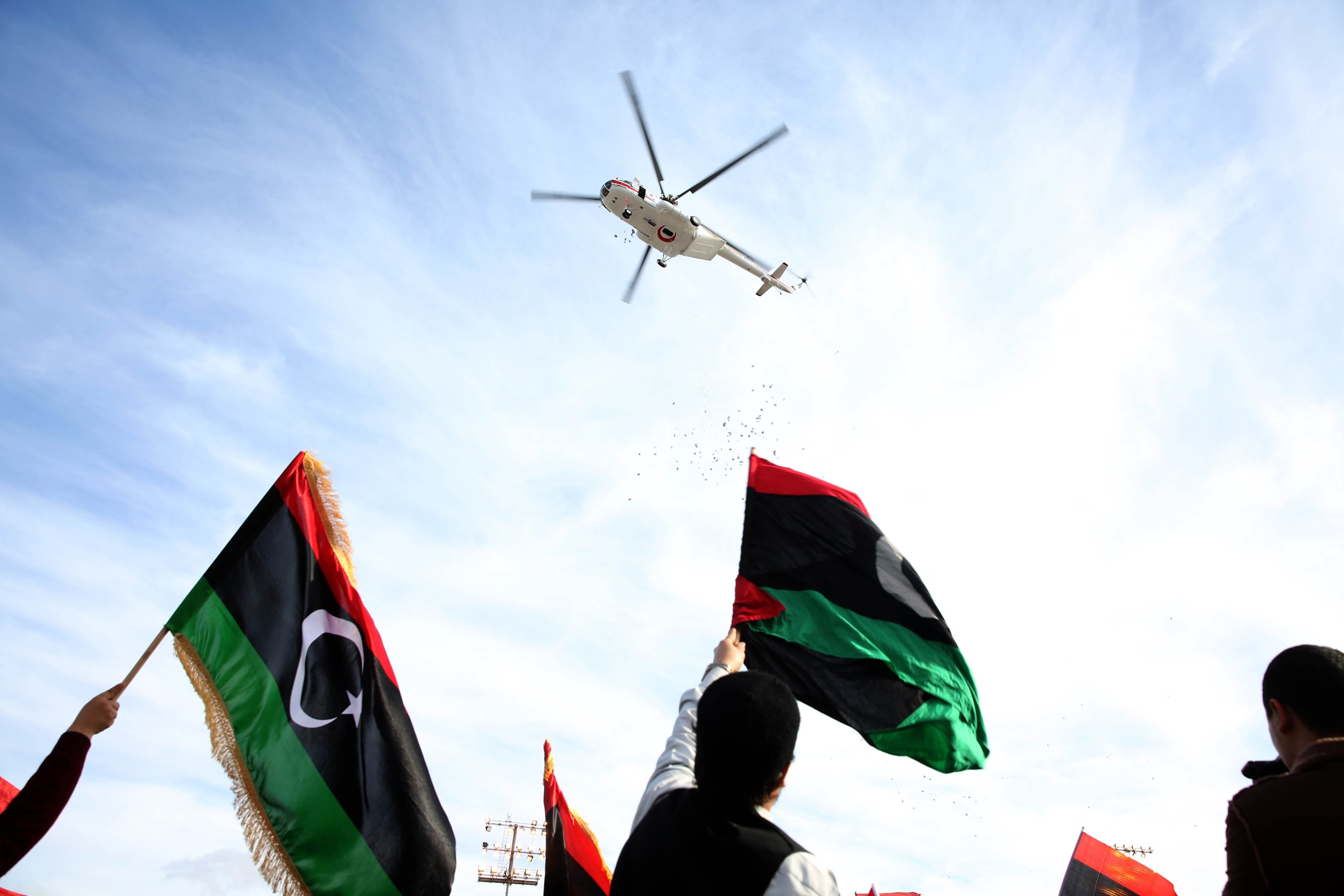 The Middle East Institute (MEI) and the North African Policy Initiative (NAPI) are pleased to announce the fourth in a series of roundtable discussions inviting engaged Libyan youth to share their perspective on the key issues facing their country’s future.

This event will feature four young Libyans among NAPI’s Young Policy Leaders Program fellows and NAPI affiliates, who will discuss their work on economic development during Libyan conflict and instability. The speakers will address the obstacles facing the country’s economy and discuss the ways in which a sustainable economy can be established. The participants will also discuss how young people are looking at the future of the economy in the face of migration, climate change, and social divisions.

Mabrukah Abdullah (Sebha)
Mabrukah Abdullah is the founder and director of International Do Center for Training and Development, which was recently awarded “best project of the year in the South” by the Libyan Ministry of Higher Education. She has worked as a business incubator coordinator and business coach for 2 years with Tatweer Company. She has also worked in the humanitarian sector with the UN, USAID and a number of Libyan civil society organizations.

Anas Alghryani (Benghazi)
Anas alghryani is the Executive Director of ISOtech Company for research and consulting, which he founded in 2017. He graduated from the Faculty of Engineering, University of Benghazi. Before the 2011 revolution, Anas worked for four years as planning engineering for eastern Libya with Sorenson Construction Company. Since 2011 he is working with the Investment Promotion and Privatization Affairs Authority in Eastern Libya as the head of the department in charge of following investment projects. He also works as a researcher and consultant for several international and local consulting companies.

Amjad Badr (Tripoli)
Amjad Badr is a social entrepreneur based in Libya and IEEE young professional. He works on ICT for Development and Social Innovation and he is passionate about technology and its applications. He advocates for digital transformation and good governance, and he dedicates his free time to scouting, blogging and travelling.

Samia Grimida
Samia Grimida obtained PhD, Environment Science and Engineering in 2013, from the University of Texas at El Paso (UTEP), USA, and MSc, Geography in 2008, and a Bachelors degree of Metrology from University of Tripoli. While at UTEP, Grimida worked as research associate for UTEP Facility department and teaching assistant for the department of Environment Science and Engineering.
In 1997, she started working in Environment General Authority, In addition, she teaching as Faculty Member (Instructor) Part-Time at Atmosphere Section, Faculty of Science. During this period of her career, she has served positions and tasks of supervisory and leaderships and work as national projects, and appointed as national focal points and technical coordination for international organization in Environment subjects. In addition, she coordinated and follow up on international and regional conventions and treaties signed by Libya.

Pietro Marzo, moderator
Pietro Marzo is a researcher and consultant in international relations. He obtained a PhD in Political Science at Laval University (Québec, Canada) with a thesis entitled “The international dimension of Tunisia transition to democracy”. Pietro is a Research Associate with the Centre interdisciplinaire de recherche sur l'Afrique et le Moyen-Orient (CIRAM). His research focuses on the international relations of Middle East. His academic articles have appeared on the Cambridge Review of International Affairs, Third World Quarterly, Journal of North African Studies and the Middle Eastern Studies, and he has collaborated with various research centers and organizations, such as the Istituto di Affari internazionali, United Nations Volunteers, and the European Council on Foreign Relations.