Lebanon’s Financial Meltdown and the Prospects for Recovery 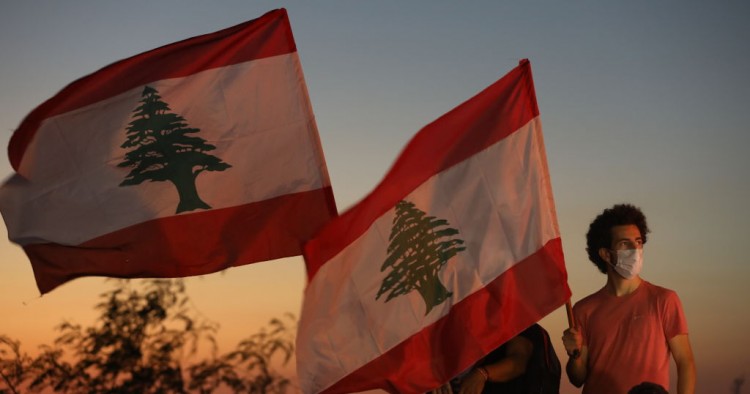 Lebanon’s financial and socio-economic crises have been unfolding for nearly 18 months. The Lebanese pound is hitting all-time lows against the US dollar. Food prices have soared more than 400% in just one year. In the meantime, foreign currency reserves at the central bank are dangerously depleting. Citizens have lost access to their life savings and more than half now live below the poverty line. The country’s entire financial system is in dire need of restructuring. Amid the worsening financial collapse and growing civil anger, unrest and poverty, an end to the meltdown is yet to be seen.

Where does Lebanon stand today, a year after the first sovereign debt default in its history? How did we even get here? What are immediate monetary and fiscal policy priorities to course-correct? What social policies and programs are needed in the immediate term? What can still be saved? Four Lebanese experts with frontline experience will tackle these issues and shed more light on Lebanon’s uncertain financial, economic, and social future as part of the Middle East Institute’s (MEI) Lebanon program’s events series.

Alain Bifani is a prominent economist and finance specialist, with a long track record of achievements. Against all odds, he rebuilt the financial accounts of the Lebanese Republic over 28 years, and succeeded in forcing the Lebanese government to abide to the tax transparency and exchange of information requirements of the OECD, thus opening the way to accountability and tracing ill-gotten assets. He introduced major laws such as the insider trading, the VAT, the capital markets, and many others. He prepared the government plan to exit the crisis, and is behind the forensic audit request. He is the managing partner of SCPA CONSEIL, and the President of the Citizen Foundation.

He was the director general (Permanent Secretary) of the Ministry of Finance from 2000 until 2020. Alain was also the alternate governor of Lebanon at the World Bank, the Arab Fund for Economic and Social Development, and the Arab Bank for Agriculture Development. He was chairman of the G24 for three times. He also successfully led Lebanon’s bid to join EBRD, despite international and local resistance.

Alain was a professor of finance and strategic management at Saint-Joseph University and la Sagesse University. He studied math and physics at Louis-le-Grand, graduated as a physicist engineer from Ecole Superieure d’Optique, before graduating from HEC Paris with a major in Finance. He will defend a doctoral thesis in Economics at Paris I la Sorbonne soon. On top of a long list of studies, papers and articles, Alain recently published a book, “Destructuring”. He has been decorated with the awards of Commandeur de l’Ordre du Cedre and Chevalier de la Légion d'Honneur (France).

Dr. Nasser H. Saidi is founder and president of Nasser Saidi & Associates and Former Chief Economist and Head of External Relations at the DIFC Authority in Dubai. Dr. Saidi was the Minister of Economy and Trade and Minister of Industry of Lebanon between 1998 and 2000. He was the first Vice-Governor of the Central Bank of Lebanon for two successive mandates, 1993-1998 and 1998-2003. He was a Member of the UN Committee for Development Policy (UNCDP) for two mandates over the period 2000-2006. In 2013, he was named among the 50 most Influential Arabs in the World by The Middle East magazine, for the fourth consecutive year and named among the 500 Most Powerful Arabs in the world by Arabian Business for the second consecutive year.

Haneen Sayed is a lead specialist at the World Bank working on human development and social protection in the Middle East and North Africa region. Based in the World Bank regional office in Beirut, Haneen covers Lebanon, Syria, Jordan, Iraq and Iran. Her sectors of expertise span social protection, labor and jobs, education, poverty, and gender, in addition to fragility and conflict. Since the onset of the economic financial crisis in Lebanon, Haneen has been leading the World Bank social response to the crisis, including a large-scale emergency social safety net project. Between 2011-2017, Haneen coordinated the World Bank response to the Syrian crisis including operational programs, analytical work and donor/partner coordination. She is co-author of the recently published books on the Syrian conflict “The Fallout of War” and “The Mobility of Displaced Syrians” and led the development of the “World Bank MENA Region Human Capital Plan”, as well as written on labor markets in Lebanon and Syria, the economic impact of the financial crisis in East Asia on human capital development. Haneen is an economist by academic training with undergraduate and graduate degrees from Stanford and Columbia Universities, respectively, and has more than 25 years of experience in leading dialogue and programs in human and economic development. She has taught at various universities in New York City, as well as worked at Morgan Stanley, the Kuwait Institute for Scientific Research, and the Arab Fund for Economic and Social Development.

Christophe Abi-Nassif is the acting Lebanon program director at MEI and a dual-degree graduate student at the John F. Kennedy School of Government at Harvard University and the Wharton School of the University of Pennsylvania.