Master of the Game: A Book Talk with Martin Indyk 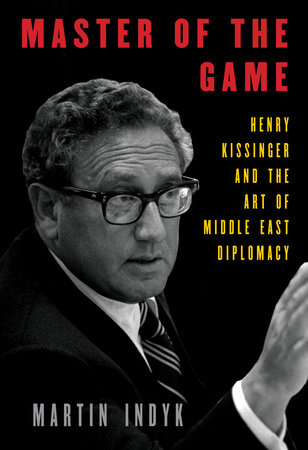 Martin Indyk, a former United States ambassador to Israel, assistant secretary of state for Near East Affairs, and special envoy for the Israeli-Palestinian negotiations in 2013-14, has experienced decades of tumultuous American-led peace negotiations between Israel, the Arabs, and Palestinians firsthand.

In “Master of the Game: Henry Kissinger and the Art of Middle East Diplomacy,” Ambassador Indyk analyzes Kissinger’s peace efforts in the region. Indyk draws upon records from American and Israeli archives, detailed interviews with Kissinger, and his own interactions with some of the prominent parties involved to give readers an inside look at the highs and lows of negotiations.

MEI is pleased to welcome Ambassador Indyk for a conversation moderated by MEI President Paul Salem to discuss Kissinger’s diplomacy and the lessons that can be drawn from these events for the Middle East today. What were the greatest strengths and missed opportunities in Kissinger's diplomacy in the Middle East? What was the role of the key leaders at the time and how did Kissinger bring them to agreement? What can the Biden Administration take from Kissinger's approach to negotiations?