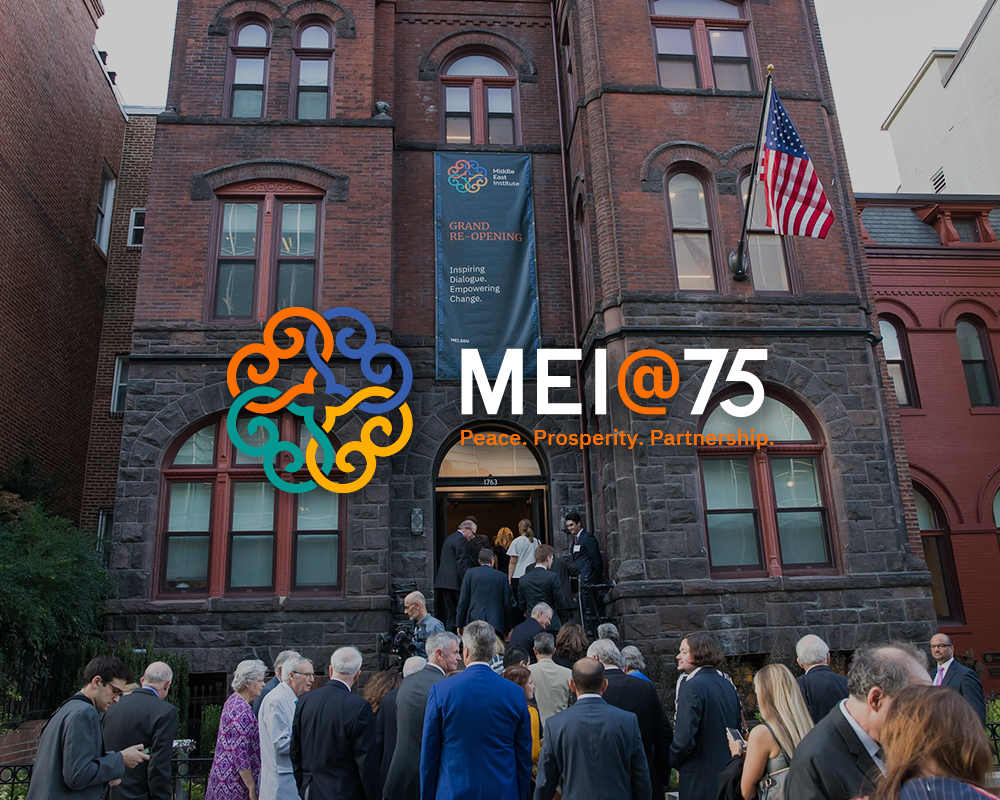 You can join the panel on Zoom live here: https://us02web.zoom.us/webinar/register/WN_XXyM5ccIRd2DN_O7g1Ts4w

On the occasion of the 75th anniversary of its founding on May 8, 1946, the Middle East Institute (MEI) will host a panel discussion assessing lessons learned from the past 75 years of U.S. involvement in the region. The panel will reflect on US interests, policies, and engagements in the Middle East over the past 75 years. What were the key issues and challenges confronting the United States in the Middle East over this period?  What were the successes and failures of U.S. policy over that time?  How have U.S. relations in the region evolved and how did the region perceive the U.S. role?  What are lessons learned over this period that could help inform current policy, and what might they say about the future of US policy in the region?

To answer these questions, we will be joined by four officials from the United States and Middle East whose outstanding careers touched on many of the high and low points of U.S. engagement with the Middle East and North Africa.

Amb. (ret.) Hunaina Mughairy
Former Ambassador of the Sultanate of Oman to the United States