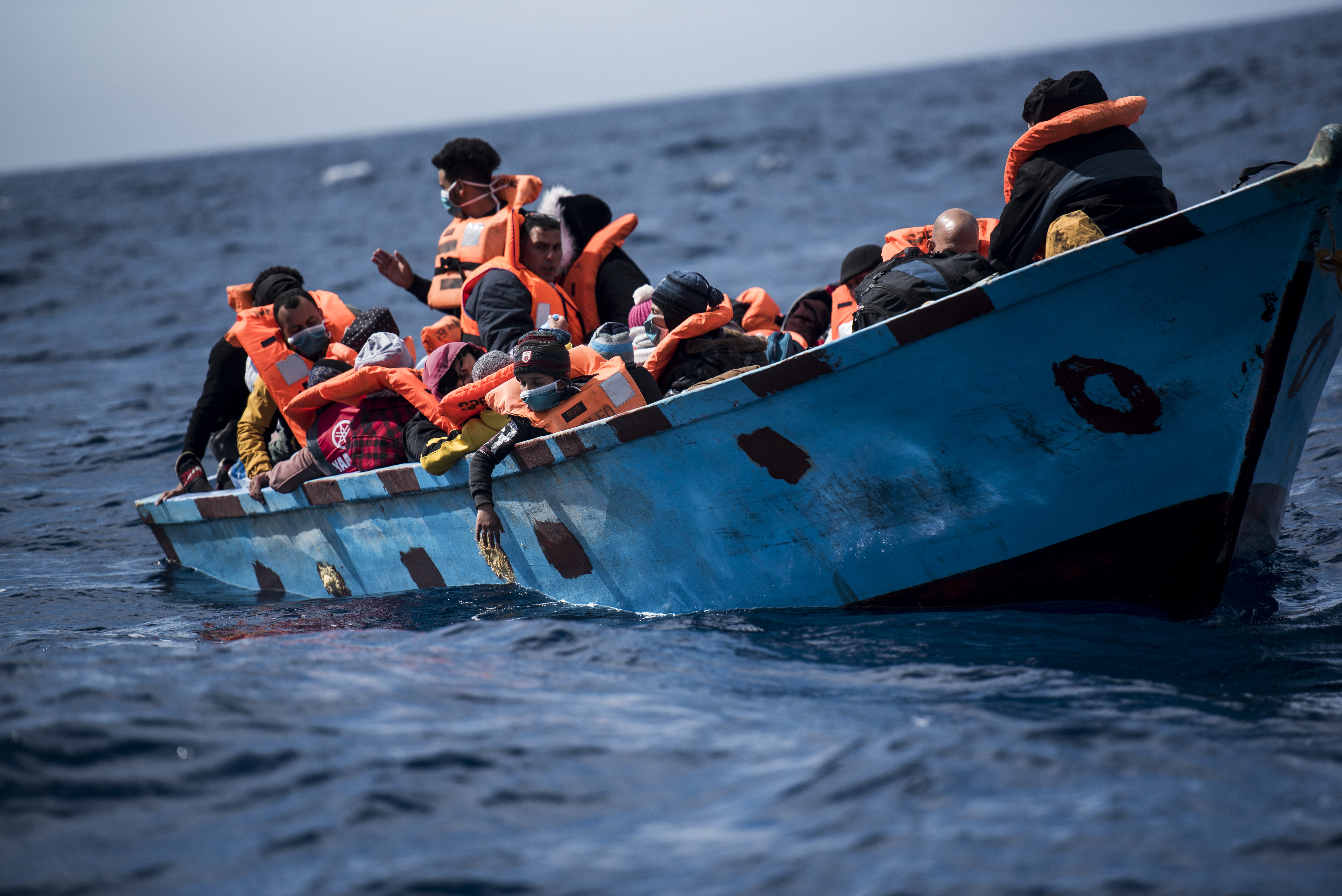 The Middle East Institute (MEI), in collaboration with the North African Policy Initiative (NAPI), is pleased to announce the first in a series of roundtable discussions bringing together Libyan youth and international experts to assess the key issues facing Libya’s future through the lens of its rising generation.

This event will feature several of NAPI’s Young Policy Leaders and NAPI affiliates, who will discuss their research on the impact of migration and forced displacement in Libya. There are currently an estimated 12.4 million displaced people across the MENA region: a tremendous humanitarian emergency that is compounded by various environmental and governance factors. In Libya, the International Organization for Migration (IOM) accounted for 245,000 IDPs in February 2021, and over 620,000 returnees since 2016. Together, they make up close to 900,000 displaced Libyans in five years, which is approximately 14% of the Libyan population.

In addition to IDPs, IOM tracked 576,000 migrants in Libya in February 2021, although these do not include migrants in movement and those in the hands of people traffickers. The speakers’ research spans intersections such as the economic recovery of people impacted by conflict, the state of migrant detention centers, the rights of migrant workers, the experiences of IDPs in establishing livelihoods, and the connection between climate change and displacement.

Mohamed Hmouma (Zawya)
Mohamed Hmouma is the program manager with Almotawaset Organization for Migration and Relief, and the co-founder of Innovative Club (Spotting and Training Talented Youths). He holds a Masters's Degree in International Relations and Public Policy from Howard University. Hmouma is a graduate of the North African Policy Initiative’s Young Policy Leaders Program during which he researched and wrote a policy paper on the conditions of migrants in Libyan detention centers.

Malak Edoudi (Tripoli)
Malak Edoudi is a livelihoods officer with the Danish Refugee Council. She focuses on economic recovery for individuals affected by conflict. She has worked for several NGOs and is interested in international politics, law, conflict resolution, and advocacy. She is a translator trained at the Faculty of Languages of Tripoli University. She is a graduate of the North African Policy Initiative’s Young Policy Leaders Program during which she researched and wrote a policy paper on supporting Libya’s economy by facilitating the regularization of foreign workers in Libya. She is also a graduate of Friedrich Ebert Stiftung’s program where she researched the living and working conditions of migrant workers in Tripoli.

Mohamed Abu Araba (Tawergha / Benghazi)
Mohamed is a Community Liaison at American Bar Association (ABA) in Tawergha and Benghazi, and a program manager at Bawader Foundation where manages programs and writes proposals. In 2020, Mohamed was a protection officer with ACTED, carrying out research and support for IDPs. Between 2010 and 2019, he was Team Leader with the scout movement. He is also an educator with UNFPA’s Y-Peer youth network in Libya. Mohamed’s main interests include governance, elections, democratization, reconciliation, the plight of IDPs in Libya, political sociology, civil society, and economics, particularly in terms of solidarity, equality, and social justice.  Mohamed has a BSc in Petroleum Engineering from the University of Tobruk. He is a graduate of the Young Leaders Program with Friedrich Ebert Stiftung, and a candidate for NAPI’s Young Policy Leaders program.

Mohamed Saad (Sirte)
Mohamed is a lecturer at the faculty of Chemical Engineering, at the University of Sirte, where he also works as the coordinator for quality assurance and the coordinator of the study and examination office. He has published twelve scientific papers on water desalination, water ozonation, and membrane technology. Mohamed is also an education program facilitator for UNICEF’s education program in Sirte. Between 2012 and 2020, Mohamed worked with IDPs with ACTED, he was a mine risk education and small arm and light weapon awareness (SALW) team leader for Handicap International in Sirte. Mohamed is passionate about research, education, environmental protection, governance, and the plight of migrants and IDPs. Mohamed has a BSc in Chemical Engineering from the University of Sirte, and a Masters of Science in Chemical Engineering from Nottingham University (UK). He is a candidate for NAPI’s Young Policy Leaders program.

Jean-Louis Romanet Perroux
Jean-Louis Romanet Perroux is the director of the North African Policy Initiative, and a researcher and advisor on international cooperation and development.  He is the director of the North African Policy Initiative, an NGO that focuses on improving public policy and building the capacity of youth in North Africa. Jean-Louis has over 20 years of hands-on experience in program design and implementation, in training and coaching students and activists, and in conducting action-oriented research and strategic evaluations in the fields of civil society, youth and women empowerment local governance, corruption, human trafficking, and smuggling, migration, and violent extremism. Jean-Louis has worked in Africa with more than thirty national and international organizations. He has obtained a Bachelor in Aeronautical Engineering from the Italian Air Force Academy, a Master in Political Science from the University of Trieste, and a Master and a Ph.D. in International Relations from the Fletcher School of Law and Diplomacy, Tufts University.