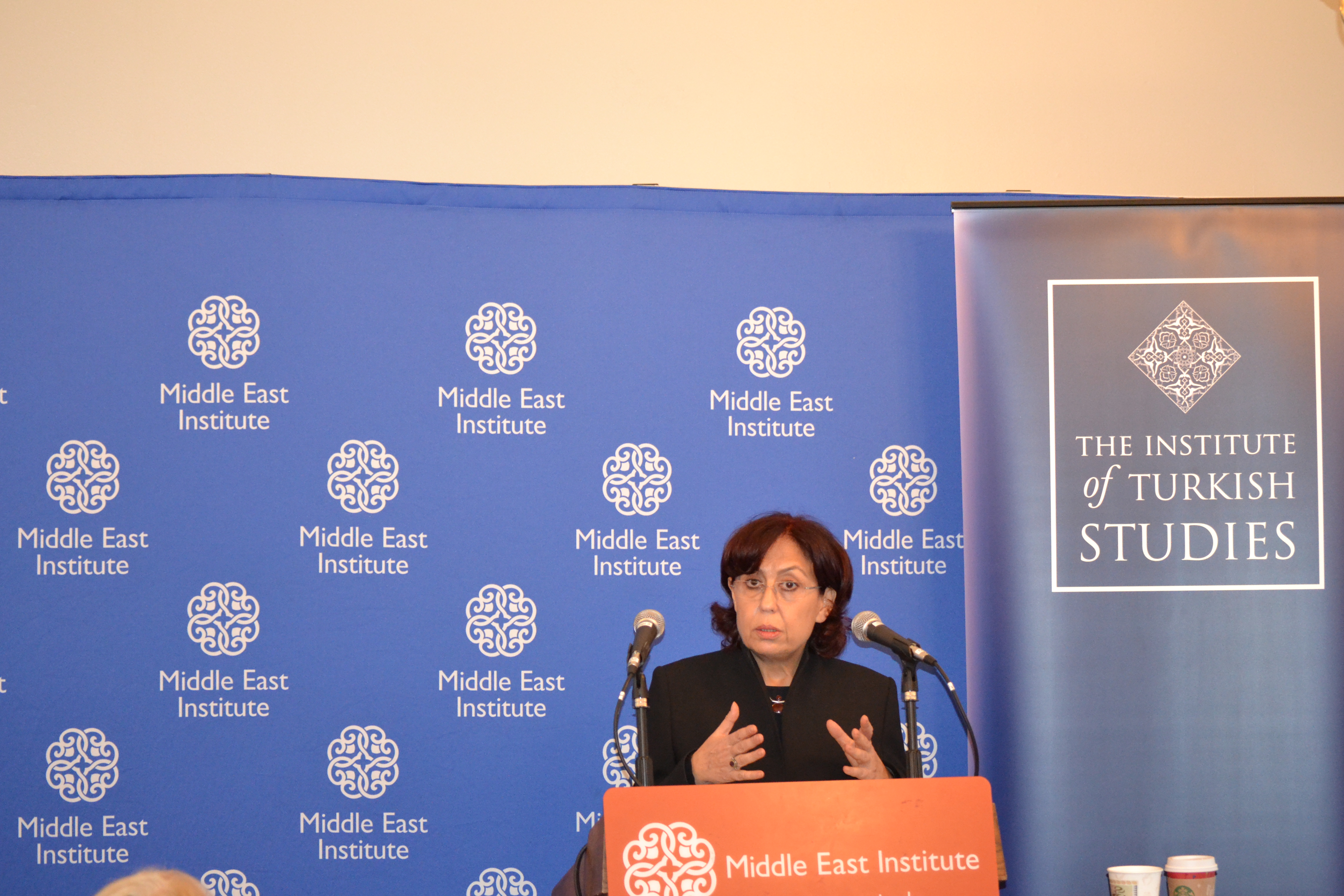 The Middle East Institute's Center for Turkish Studies and the Institute of Turkish Studies at Georgetown University presented a discussion with Professor Serpil Sancar of George Washington University, which analyzed the transformation of gender policy within Turkey's Bureau of Religious Affairs (Diyanet).

Sancar pointed to several actions taken by Diyanet that indicate a new gender perspective. In addition to boosting the number of women that are service beneficiaries, Diyanet has also increased the number of women employed as religious experts and service providers within the agency. Furthermore, Diyanet has undergone an institutional reorganization, which created the Directorate of Family Consulting Offices. The Family Consulting Offices give advice according to the requirements of Sunni Islam in cases concerning women's rights, marriage and divorce, child education and sexual issues. Sancar also drew attention to Diyanet's efforts to make mosques more convenient for women worshipers through gender segregation. However, she questioned whether such efforts would serve to integrate women into the male-dominated space of religion.

Bio: Serpil Sancar is a visiting scholar at George Washington University's Department of Religion from Ankara University, where she is the head of the Women's Studies Center. Professor Sancar's research interests include political theory, political sociology, feminist theories, Turkey's gender policy, and gender and women's studies. She is working on a book titled Shifting Perspectives in Islamic Politics: Different Aspects of Islamic Women's New Public Visibility.