The Ottomans: A Cultural Legacy by Diana Darke Book Launch 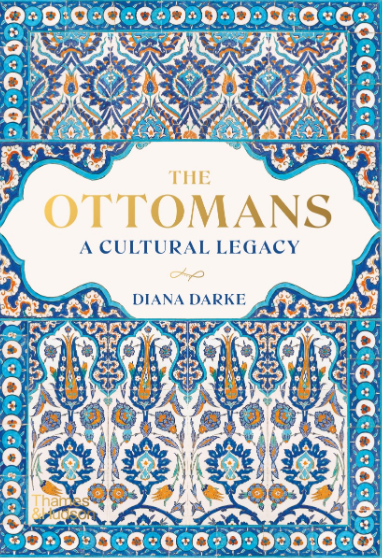 The Middle East Institute (MEI) invites you to a virtual book launch and discussion between MEI Affiliated Scholar Diana Darke, author of The Ottomans: A Cultural Legacy, and Tugba Tanyeri-Erdemir, an Affiliated Scholar with MEI’s Turkish Studies program. Darke’s latest book offers a rich examination of the Ottoman Empire, 100 years since its dissolution, unraveling its complex cultural legacy and profound impact on Europe, North Africa, and the Middle East. This illustrated volume explores the Ottomans’ unique achievements in architecture, cuisine, music, science, and medicine, as well as the political challenges they met over the course of six centuries. The Ottoman Empire had to deal with many of the same issues now facing modern European and Middle Eastern countries, including how to maintain a balance between religious ideology and secular politics and how to promote fairness and equality among citizens in a multicultural society.

While many still equate the Ottomans with the decadence of Istanbul ― extravagant architecture, harems, and hookahs ― they are unaware that the secrets of centuries of Ottoman success lay in a disciplined bureaucracy and a standing army that both awed and seduced its opponents. The Ottomans harnessed the talents of their diverse populations and quickly buttressed the crumbling edifice of Byzantine Christianity. Their dynamism and resilience helped fuse the cultures of Asia, Europe and Africa, from the Himalayas to the Sahara, absorbing whatever impressed them, from Mongol armor to Persian tile work. Alongside their essential rigor, they enjoyed the finer aspects of life: in music, cuisine, and art, unafraid, even as rugged fighters, to display their love of flowers and gardens, especially tulips and roses. Behind the fine robes, carpets, and ceramics on display today in perhaps their greatest architectural monuments, Istanbul’s Topkapi Palace and the Hagia Sophia, lie centuries of migration, trade and struggle. In this original and beautifully illustrated book, Darke reveals a radically new picture of the Ottoman Empire.

The US launch date for the book is Tuesday, November 15, 2022. Click here to purchase.

Diana Darke
Diana Darke studied Arabic at Oxford University, before beginning her professional career with the UK's GCHQ as an Arabic linguist. She went on to spend over twenty years working in the intelligence and counter-terrorism world, with both the British government and British industry, whilst living in a range of Arab countries, including Lebanon, Syria, Egypt, Oman and Dubai. Along the way she authored 15 detailed guides to the region, including five on Turkey, most recently Bradt’s Oman, Eastern Turkey, North Cyprus and Syria.

Tugba Tanyeri-Erdemir
Tuğba Tanyeri-Erdemir is the coordinator of Anti-Defamation League's Task Force on Middle East Minorities. She serves as the co-chair of the Middle East Working Group of the International Religious Freedom Roundtable. Tuğba’s research focuses on the politics of minority heritage in the Middle East, conflict and competition over sacred sites, and inclusive cultural heritage management and museum practices. She was the leader of the Turkish team in European Commission-funded research project, “RELIGARE: Religious Diversity and Secular Models in Europe,” and a senior researcher in “Antagonistic Tolerance: A Comparative Analysis of Competitive Sharing of Religious Sites” project funded by the Wenner-Gren Foundation and the National Science Foundation.

Yemen's Truce Has Failed in Taiz