Resolving the Detainee Dilemma II: What Next for the Men, Women & Children of Islamic State 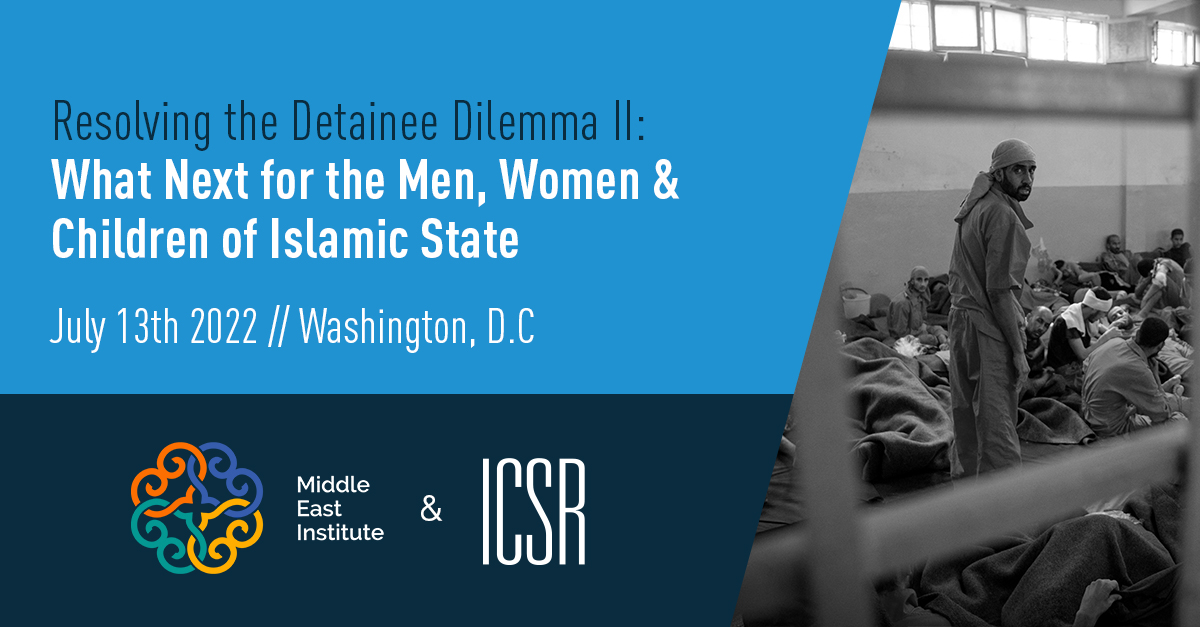 In a joint collaboration, the Middle East Institute and the London-based International Centre for the Study of Radicalization (ICSR) are convening two major international conferences this summer—one in London (June 16-17) and one in Washington (July 13)—to discuss the ISIS detainee dilemma in Syria and to explore potential pathways towards its resolution.

Over three years ago, Islamic State’s territorial project in Syria and Iraq was dealt its final defeat in al-Baghouz. While the terrorist group’s insurgency in the region remains largely contained, one single and largely unaddressed issue is worsening by the day, threatening to guarantee an eventual resurgence. As of mid-2022, more than 60,000 men, women and children—most with some level of past association with ISIS—remain in makeshift detention and squalid camps in Syria. Thousands are Western citizens. This is an increasingly unsustainable security and humanitarian crisis, and progress on resolving it has moved painfully slowly, if at all.

Timothy Betts
Coordinator for Counterterrorism, U.S. Department of State and U.S Special Envoy to the Global Coalition to Defeat ISIS

10:30am - 11:30am
Session II: Confronting an Evolving Threat from Islamic State: European Perspectives

1:30pm - 2:30pm
Session IV: The Unsustainability of Camps and Prisons: How Things Need to Change

Shiraz Maher
Director, International Centre for the Study of Radicalisation