Revolutions and Wars in the Black Sea Region: Ukraine and Georgia 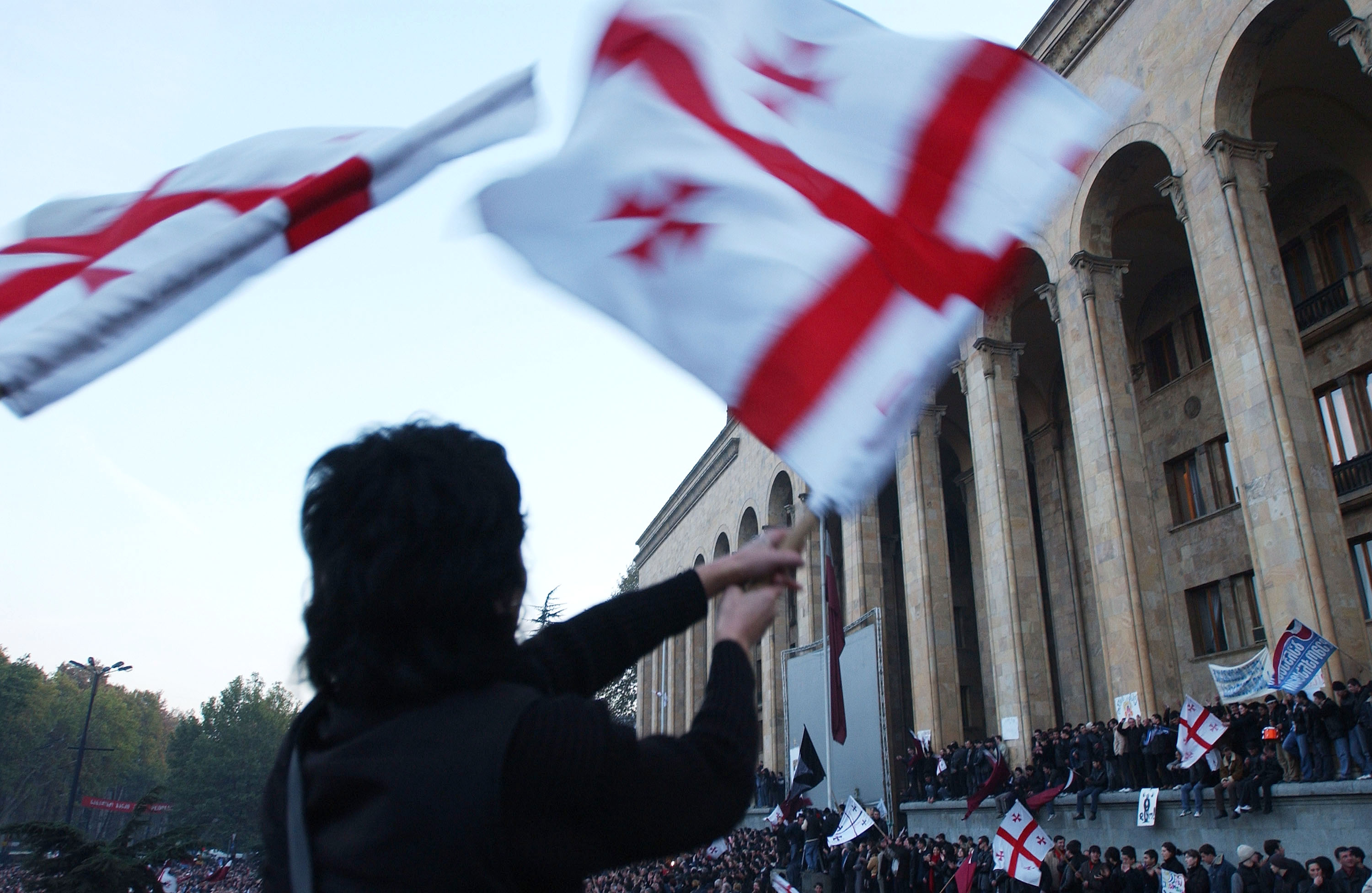 Russia responded to the 21st century “color revolutions” calling for freedom and democracy in Georgia and Ukraine by invading both Black Sea countries. Those revolutions and invasions have had transformative effects on the social and political fabric of Ukraine and Georgia. Thus, the perspectives of today’s youth on wars and political upheaval will have ample impact on their countries’ future. This panel discussion will bring together two Frontier Europe Initiative 2022 fellows to speak on these topics. Specifically, the fellows will present their research findings pertaining to Ukrainian young people’s perspectives on Russia’s full-scale invasion of their country this year as well as the legacies of the 2003 Rose Revolution on Georgian politics and society.  The Frontier Europe Initiative 2022 Research fellowships were granted by the U.S. State Department for the Middle East Institute’s Frontier Europe Initiative program.

Allison Hart
Allison Hart is currently a graduate student at the American University in Cairo, studying Political Science with a specialization in international relations. She is working as a Title VIII Black Sea Fellow with the Middle East Institute, researching the legacies of the Rose Revolution, its impact on domestic politics in Georgia today, and its implications for the greater region. Allison’s other research interests include identity politics, digital disinformation, and polarization.

Giana Pirolli
Giana Pirolli is a second year MA Security Studies candidate at Georgetown University’s Walsh School of Foreign Service. She is a columnist for the Georgetown Security Studies Review, where she writes on topics related to defense as well as Europe and Central Asia. As a Title VIII Black Sea Research Fellow, Giana focuses on Ukraine. Her research is on the public perception of Ukrainian youth on the United States, NATO, and Russia.

Iulia-Sabina Joja
Iulia-Sabina Joja, PhD, is a senior fellow and director of MEI's Black Sea program, the Frontier Europe Initiative and project director of Afghanistan Watch. She teaches European security as an adjunct professor at Georgetown University and The George Washington University. Her research and teachings focus primarily on European and Black Sea security. Prior to this, Iulia Joja served as an advisor to the Romanian president and as a deputy project manager at NATO Allied Command Transformation in Virginia. She has worked with the Romanian delegation to the United Nations, the European Parliament and the Romanian Ministry of Foreign Affairs. She was also a visiting scholar at the Center of Military History and Social Sciences of the German Armed Forces in Potsdam/Berlin and a DAAD postdoctoral fellow at the Foreign Policy Institute of the Johns Hopkins School of Advanced International Studies.

What role will China play in Ukraine’s post-war transformation?