Singing without Fear: Celebrating the Silenced Women of Iranian Music 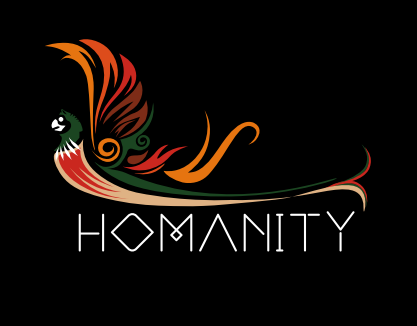 The Middle East Institute (MEI) in collaboration with Crowdsourcing Human Rights (CHR) is pleased to host a public event to release HOMANITY, a charitable compilation album that leverages the power of music to highlight the challenges faced by artists and musicians in countries with widespread censorship and surveillance. Although an integral part of Iranian culture, music is treated by the government of the Republic of Iran as inherently corrupting, is strictly censored, and can be punishable by imprisonment and even torture. This album features original contributions by Grammy-winning artists and producers, and interweaves themes of civil liberties, gender, ethnicity, sexuality, and social justice.

This event will bring together participating female artists in conversation with CNN’s Elise Labott to discuss the unique challenges of producing art as a woman in Iran. Follow @homanitymusic on Twitter for updates on the album.

Fatemeh Ekhtesari
Fatemeh Ekhtesari is a poet, author, and women’s rights activist who has published 9 books of poems. As one of the most prominent Iranian female poets, Fatemeh’s words expressing a range of emotions from love and grief to anger and fear have been used by numerous Iranian musicians as lyrics to their songs. Her spoken-word piece included in HOMANITY, “There Was Blood,” focuses on the pain of every human who seeks freedom from oppression. The poem focuses on the pain felt by generations fighting for freedom and how relevant and common this pain has been across time. She is currently editor in chief of “Hamin Farda Bood” (it was like tomorrow), and “Zhe” (letter J, sounding zh, in Farsi”.

Justina
Justina, a female rapper from Qom, one of the most conservative cities in Iran, has been fighting back against censorship for years. Starting in 2008, she has produced dozens of tracks and albums focusing on discrimination against women and the radicalization of religion in Iran. The regime quickly targeted Justina for both her radical lyrics and for being a woman. She was detained by the government, her family was harassed, her home was raided, and her music and equipment was destroyed. Refusing to stop recording even after continued threats by the government, Justina fled the country to continue recording and fighting for women’s rights to have a voice in Iran.

Hero of Hero & Frya
Hero & Frya are a husband and wife that are members of the “Kurdish” community, an ethnic minority group who have, for decades, suffered discrimination, abuse, and persecution in Iran and across the Middle East. As Kurds, it is illegal to sing in their native language and practice their traditions. Not only do Hero and Frya celebrate their ethnic heritage by singing in the Kurdish language, but they also defy the regime by having female vocals in their music. As a result of their devotion to the fight against censorship, the couple was forced to leave Iran. Their music and their story inspire a new generation of Iranian musicians and activists by recording controversial music with themes of social justice, raising awareness of minority rights, and women’s rights.

Elise Labott is a columnist at Foreign Policy magazine and leading journalist covering U.S. foreign policy and international issues. Before joining foreign policy she was CNN’s Global Affairs Correspondent. She reported from more  80 countries with the  network, traveling the world with  seven secretaries of state and interviewing many world leaders and newsmakers.

Elise is the founder of Twopoint.o Media, a digital media platform that aims to engage, inform and inspire youth to solve today’s most pressing global challenges, and an adjunct professor at American University's School of International Service. Prior to joining American University, she was a Practitioner in Residence at Georgetown University’s Walsh School of Foriegn Service.