Syrians on the Edge: The Status of Refugees in Neighboring Countries 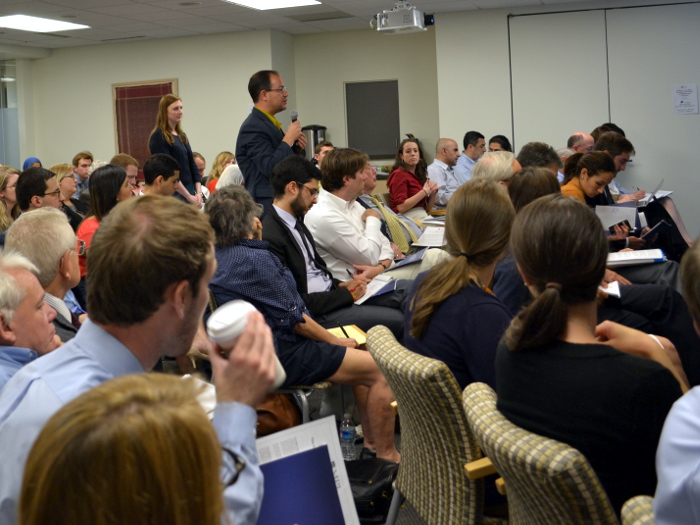 More than 3 million Syrians have fled their homeland to become refugees in neighboring countries. A new report by ORSAM evaluates the effect of the Syrian crisis on Turkey, Lebanon, Jordan, and Iraq. ORSAM’s project team visited each country and after six months of boots-on-the-ground research, found that women and children account for more than 75 percent of the refugees, making education in particular a devastating issue for the next generation of Syrians. In addition, Syrian emigrants settle not only in camps but also in cities, raising prices and lowering wages all along the Syrian borders.

The ORSAM report evaluates the social and economic impact of Syrian refugees in Turkey, and the response of Turkey’s state-run relief agency AFAD. Jordan, a perennial refugee haven, has more experience but fewer resources, and relies on support from the Office of the UN High Commissioner for Refugees. In Lebanon, refugee tent cities are not officially recognized and are plagued by poor conditions and lack of education for child refugees. Lastly, Iraq’s Kurdish regional government has taken a leading role in supporting refugees there.

The report makes the case that because of the heavy financial and social costs, Syrian displacement is not merely a problem for Syria or even the greater Middle East; the destabilization is a global problem requiring significant outreach to the global community.

The panel opened with a teleconference with Dr. Fuat Otkay, director-general of the Turkish disaster and emergency management department AFAD. He spoke about the high standard of living which Turkey upholds in its Syrian refugee camps and the reticence in describing the settlements as “camps,” feeling the term has a negative connotation. Otkay quipped that with the free health care the Turkish government offers, the Syrian refugees have more rights than the Turkish people themselves. Otkay concluded with a plea for aid to Turkey: only 54% of Syrian needs are provided for by international aid, and unmet needs could promote regional as well as global instability.

Saban Kardas and Oytun Orhan presented ORSAM’s research findings, including the distribution of 2.72 million registered refugees in and outside of camps across all four countries. Another growing concern is the about 1 million unregistered refugees spread throughout Turkey, Jordan, Lebanon and Iraq. Orhan’s data showed the specific cities where Syrian refugees in each host country emigrated from and where they chose to resettle, highlighting specific movements within the diaspora. Orhan highlighted the high quality of the Turkish camps and the readiness of Turkey’s geography, population, and economy to absorb and integrate any Syrian refugees. Additionally, refugees in Lebanon and Turkey have expressed more interest in continuing migration to the EU or North America than those in Jordan or Iraqi Kurdistan.

Peri-Khan Aqrawi-Whitcomb’s presentation on Iraqi Kurdistan was informed by her on-the-ground research and her return from the region only one day earlier. Aqrawi-Whitcomb noted that most of the 250,000 Syrian refugees in Kurdistan were themselves of Kurdish descent, and Kurdistan’s open-border policy for these refugees facilitates a rapid influx—the largest, Domiz Camp, has about 58,000 refugees as of April 2014. Kurdistan receives assistance from the offices of the UN High Commissioner on Refugees (UNHCR) and grants temporary residency and work permits to its Syrian refugees. She concluded with the observation that many camps are beginning to resemble permanent settlements because of the increasing uncertainty of returning home.

Faysal Itani delved into the Lebanese political landscape and the refugees’ impact there. Because of the confessional politics, a major influx of Sunni Muslim refugees has the potential to unhinge the delicate sectarian balance Lebanon has wrought. He also discussed the role sectarianism plays in border crossing, mentioning Hezbollah’s involvement in the Syrian conflict and the fractured nature of even the Lebanese Armed Forces leading to a more porous Syria-Lebanon border.