Troubled Triangle: The US, Turkey, and Israel in the New Middle East 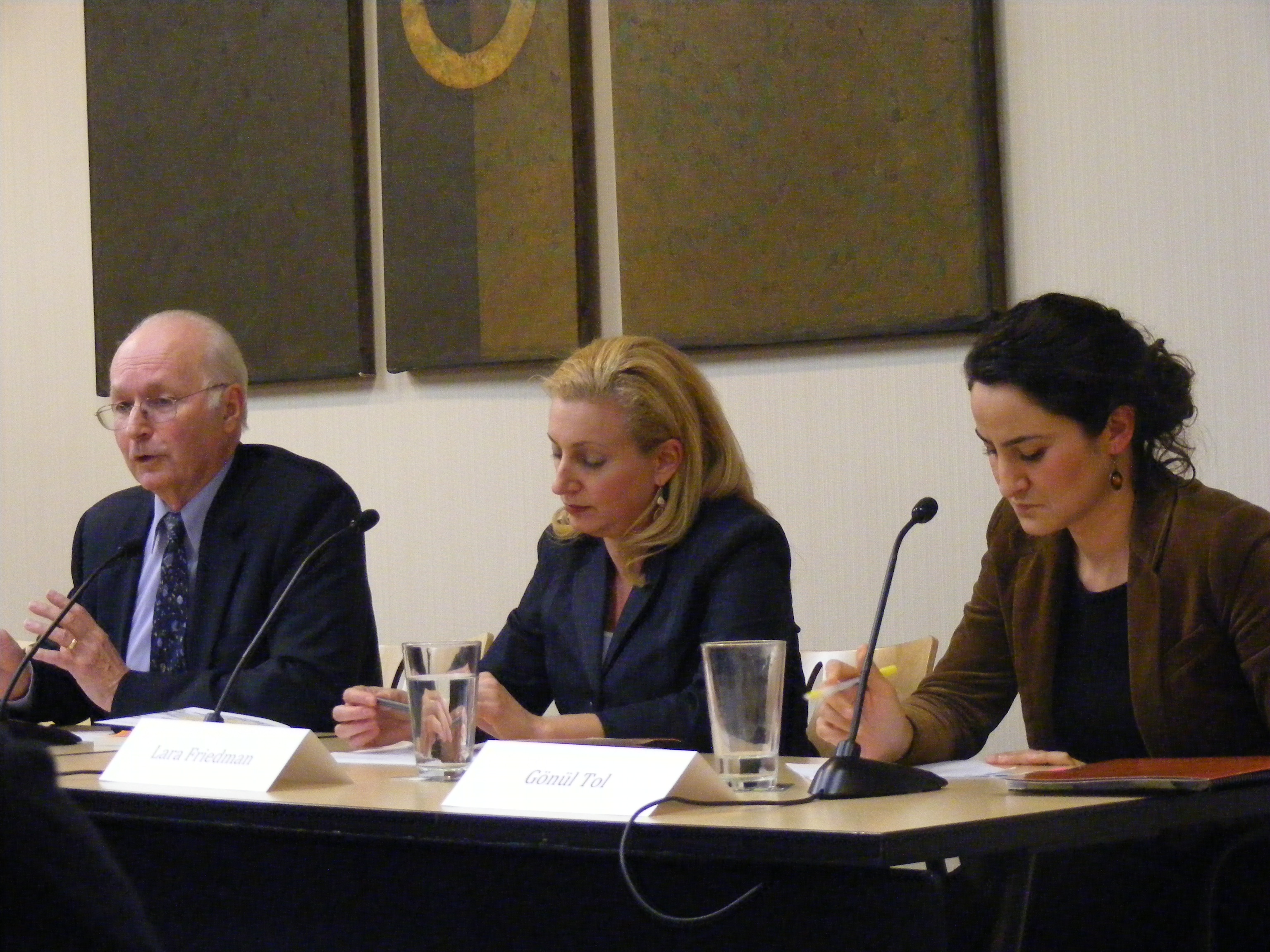 The trilateral relationship between Turkey, Israel and the United States has deteriorated in recent years as Israel's and Turkey's foreign policy goals in the Middle East continue to diverge. Despite repeated attempts, the United States has failed to reconcile these two important regional allies since the divisive Mavi Marmara incident in May 2010. MEI and The Stimson Center held a discussion of this critical yet troubled trilateral relationship in a time of unprecedented change in the Middle East featuring Prof. William B. Quandt, Edward R. Stettinius, Jr., Professor of Politics at University of Virginia, Lara Friedman, Director of Policy and Government Relations and Gönül Tol, Executive Director of MEI Center for Turkish Studies.